Most of the cats have been known for being scared easily like jumping and trying to be cautious. However, some of the things that scare a cat the most might be something you may haven’t known before like your balloons.

Mostly were unaware of having them to scare them. If you’re intentionally scaring them for fun then stop there!

Because you are not just elevating the anxiety and stress level, it is more than that. You can lose their trust, and you may mess up with them in a psychological manner. They may not feel the same around you.

We’re going to discuss the possibilities why your cat is scared of balloons.

Discussing and rounding the major reasons will help us to understand better, help us for a better solution so that we can give them a healthy environment, a healthy mind and keep balloons away from them.

Scaring them on purpose will not only increase the level of being cautious, but also it will threaten their overall behavior about the surroundings they are living in and can weaken the bond you share with them and according to them, they will always feel like the environment they are living is not safe anymore.

Why Your Cat Scared Of Balloons: 7 Curious Reasons

1. Maybe for them in their imagination, it is a flying predator..?

I have no factual reason, but I believe that it has something to do with the air in it and flying may seem threatening.

Now, you introduce an airborne object, hovering, an object the cat does not understand, into the cat’s territory where the cat normally feels safe. How do you think the cat is going to react?

That’s right. The cat is going to freak out, run, and hide. You know it’s not a predator, but your cat doesn’t understand that. Your cat has no idea what it is. All the cat knows is there’s something “flying” in its territory.

The air in the balloon, being larger in size than a normal may look like a flying predator.

Relatively for their small size, they are not the apex predators.

This means that there are creatures on this planet that can and will eat them, and many of those things are airborne predators.

For example, owls, eagles, and other large birds of prey can turn a good day very bad for a cat in no time flat.

Maybe it’s the way they move that scares them, or the fact it invades their space. Because of their fight and flight instincts they majorly fight with them and sometimes run away from it for safety.

A cat could be sensitive to anything that can fly, they may see it as a scary airborne rubber monsters or strange creature they’ve never seen before.

Aside from flying predator theory, cats might mistake balloons as strange objects which they are unfamiliar with or even being scary objects that they might think can hurt them.

Because of being an unidentified flying object. Cats are naturally curious but when something is far beyond their ability to figure out, they become frightened.

Cats can’t understand that there are gases lighter than air. How could they possibly be expected to know what a helium balloon is? It fits into no category they know of, that is, prey or predator or strange monster. So, to be safe, they avoid them.

However, if it’s a helium balloon, you could try attaching one of your cats’ favorite toys to the end of the string so it could hang above the ground.

My cats were initially afraid of balloons until I tried that. If you’ll guide them while playing with them then they’ll feel more comfortable and could overcome the fear of balloons.

The balloon can provide a nasty surprise (you can relate it, if someone ever pranked you by bursting balloons in front of your face when you were a child and startled you).

This is especially true if the cat tries to scratch at it and it explodes. A cat’s claws are sharp and good at tearing, but when they stick to a balloon the pop sound of the balloon and the vibrating sensation can cause them to be scared.

The vibration and bursting sound can be perceived as a negative sensation for them to be scared in obvious.

Their perception of taking the pop sound resembles firecrackers and explosive materials which they are afraid of.

Thinking it as an explosive can get stored in their memory and as a reflex they’ll act on it like, jump and will try to run away to a safer place.

Their fear might not be the result of seeing and hearing a balloon pop. Balloons can make squeaky sounds that bother a cat’s sensitive ears.

Keep the balloons away from the cat, if they saw a balloon pop once. They may be scared forever.

4. Maybe for them it is an immediate attack according to their false instinct..?

The extra bounce of the balloon may seem unexpected,can move in any direction and hover over them.

From the cat’s perspective,hearing and seeing, they might think this is an animal about to attack.

5. Even if they’re not afraid of balloons they still can choke your cat

When we see balloons at a party, our initial thoughts are; these are colorful, fun and happy objects.

(balloons can be a serious thing, as a hazardous material for our body, which is scary)

In the age of social media, balloons help us to mark special occasions like gender reveals, birthdays, anniversaries and more.

Balloons are great when confined in a home or building, but not as something that is going to be released outdoors or indoors if you’re having a pet or minor children.

When balloons are released into the air, it may create a beautiful memory or photo, but it could be fatal for an animal.

This can result in litter and a potential choking hazard or obstruction for pets.

Besides choking on a deflated balloon, the biggest concern is that pets will chew and swallow pieces of burst balloons that may float into your yard.

As the balloon pieces travel down through your pet’s food pipe, stomach, and intestinal tract, the pieces will open up and become flat, which can form a very effective blockage.

In most cases, blockages will require surgical intervention by a vet to remove and repair any damage caused by the balloon pieces.

6. Are thinking about being bio- degradable will save them? I’m sorry it won’t save. You are being held in misconception.

One common misconception is that opting for biodegradable balloons, made of bio-degradable latex, is a responsible way to enjoy balloons and not have to worry about where they end up.

Bio-degradable balloons will still take one or more years to break down, and all balloons (nylon, latex or Mylar) won’t break down in animals’ stomachs which is a completely different thing.

Shiny balloons may attract dogs and cats, like a ball or toy. Pets can burst the balloon while playing and curiously sneak a taste.

Most animals chew on most material that they want to if they’re at the stage of growing teeth or just being bored.

And without realizing it, they sometimes swallow it.

It did happen to my cats once and they did have bowel related problems but eventually, it came out through the bowel movement and we’re being more cautious than ever and giving them food on time.

I’ll suggest to go and watch for any sort of blockage – if your dog or cat suddenly stops eating, starts vomiting, has loose stool, or seems depressed – you should call your vet.

7. Another guess which might be possible. What if they think that balloons are reptiles?

They might even be able to hear the air escaping and it sounds like a hissing sound to them. A lot of cats freak out at the sound of escaping air.

Because of the balloon which is filled with air, when a balloon’s air is inflated and the air comes out can make a strange sound, it can move about.

If the balloons are lying and inflating with the whistling sound then then be scared from it to be cautious.

What other objects seem like reptiles other than balloons to a cat?

Bananas, carrots, beans, cucumbers, string objects etc., are some of the examples which may seem like reptiles to their image of perspective at the very first glance. Usually they’re scared of those objects which may seem visually strange or predators like snake,reptiles. Once they are comfortable with the objects, they’ll understand that these are inanimate items.

Is an almost-deflated balloon or the one that lies on the ground can be scary for cats?

Even if it’s on the ground they may still have their fear in it. To a cat this still might look like a living creature to them. As I mentioned earlier in the article, they may chew on balloon pieces so keep them away from them.

Are water balloons scary for cats?

Yes it is and it adds another fear, water. Some cats commonly do not like water. A few drops of water will freak them out.

Should I keep continuing my cat to introduce balloons even if the fear isn’t completely gone?

If you see that they’re still not entirely comfortable with the balloons and keep fearing them even how much you tried, then you should not continue it. Stop there and try to avoid balloons when your cat is around you.

What will happen if I introduce my cat to a cat shaped balloon?

You’ve to observe what is going to happen. Most probable thing could happen is that your cat may think another cat is invading their territory. They may think about this cat-shaped balloon as some sort of new species or maybe they could play with it. It depends what’s more likely to happen in the probable possibilities. Maybe something unexpected could happen.

As we get to know the number of imaginations of a cat’s view and literal medical fear, I hope my cat parents and other pet enthusiasts get the light of possibilities, act fast on a medical situation and wisely.

For more fresh and informative facts about cats, you can surely check out our other articles:

Why Does Cat Hate My Husband? 5 Helpful Reasons and Ways To Resolve!

Why Cats Stare At The Ceiling! 5 Absolutely Curious Reasons

Why Your Cat Grunts! 11 Cute And Fun Reasons

Should You Put Down A Blind Cat? 10 Helpful Facts To Know

Also DO NOT forget to note down some suggestions about how you felt after going through my article. Till then, adieu cat lovers! 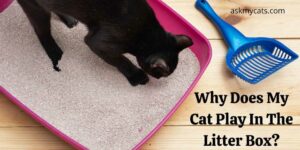 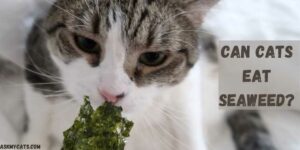 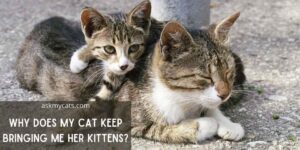 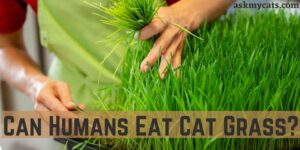 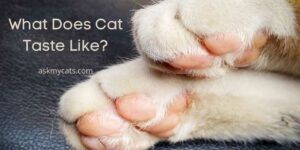 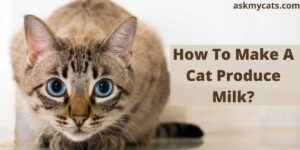