Fathers, among both parents are considered precarious and flighty. Are they not ?

This may not hold true for every father; but such is the case with fathers of cats. They are not highly reputed to be paternal or nurturing around their off-springs.

Studies show that most of the time male cats are not involved in the life of kittens as much as the mother cat is involved. The role of a mother cat precedes that of a father. But this does not mean all male cats behave like this.

Generally, male cats sire a lot of kittens but they are not involved in their lives. After mating with the queen, they do not stay around for the kittens. Sometimes in the litter of kittens, their fathers might not even be the same.

But a few male cats with a nurturing side to them care for, groom and sometimes play and sleep with their babies.

Cats are animals that train their instincts based on scents. but as they are not usually as involved from the start, they may not recognize their kittens as they are unfamiliar with their scents from the beginning.

Do Male Cats Love Their Kittens?

It is rare to see a male kitten being associated with their kittens, but it’s not impossible. The paternal type can be seen with their babies and nurturing them too.

The male cats after mating with the cat do not stay with them, so them being present in the lives of cats is a distant thought.

In a domestic household that may not be the case, but still, they are kept away from the young kittens so that, they don’t hurt the babies, at least for 6 to 8 weeks.

So the answer that male cats love their kittens would be an NO as they don’t bother with staying with the cat long enough and also don’t hold the paternal feelings as a mother would. They also are unacquainted with their scents, which may prove them to be a threat rather than a parent.

Some cats may be patrilineal, but going as far as saying that they love their babies would be invalid.

They may hold care for their babies, tend to them a little, mark their territory, and get into fights; these things are like part of their personality, just as not loving and being as hands-on in their kids’ lives as the mother cat.

Acting on instincts and modifying their responses to the stimuli of smell is how cats exist in nature; so if all these things do not set well with a male cat, even around his own could lead to him harming the young kitten which is not at all desirable.

If you ever had a pet cat family would you put the kitten in such a situation even unknowingly or would you let the male cat have his way?

Do Fathers Care About Their Kittens?

A human father may care for his child, provide for him/her, teach them, and raise them, but it Is rather eccentric for a father cat to do so. But some few of the feline brood hold paternal instincts and stick around their kids, but, that does not ensure their involvement in raising them.

The fathers don’t have ‘concern’ programmed into their system, so it’s rather surprising if one stays long enough around their kids.

Male cats may also differ in nature as a result of being neutered, which also affects their behavior and appearance.

If in a domestic household a male and female cat live together and the male cat is not neutered, he may try to distract the female from the kids to engage in communal activities which in turn shows their very selfish nature.

So as to say the father cat cares about their kittens may vary with the cats. For them to care they need to be around them, which they are usually not.

Even when they are in exceptional cases, they care about them in their own way, not in the traditional way a mother cat would. Expecting anything close to a mother’s behavior from a father-cat may be a foolish mistake.

Caring is a feeling they should evolve and adapt to in their own way unless that forcing them may just prove to be erroneous.

So you should never want to put two cats in a room together if they don’t care for each other otherwise they may end up killing each other.

Do Male Cats Bond With Their Kittens?

No, father cats do not bond with the kittens performing small activities with the kittens is the farthest a father cat may go; sometimes they cannot even tolerate offsprings of another tomcat, even if they engage in the lives of their kids.

As discussed earlier male cats do not really show care or love or any parental feeling towards the kittens; even if they do they do it in their own way.

Do Kittens Recognize Their Fathers?

In a litter, not all the kittens have the same father generally, so it’s hard to recognize their fathers, but female kittens are said to identify their fathers.

So we can say that the identification skills of a female kitten are way more developed than that of a male kitten, which is an obvious observation as mother cats are predominantly an important part of a kitten’s life. A kitten identifies its mother with greater ease than its father.

The sense of smell of cats, which is way stronger than humans, is one of the driving forces behind their resulting actions. It drives them to trust an ally and fight an enemy, and also to identify their relations.

Being in the constant company of mothers, kittens can easily identify the scent of their mothers, but when it comes to fathers there may be exceptions.

This seems completely bizarre in terms of human morals if we think like that but how can we question the ways of working of another living being when we are not living that life.

Do Father Cats Protect Their Kittens?

Male cats are known to be highly territorial. The phrase ‘peeing to mark your territory, seems to have originated from the literal act of spraying urine, performed by male cats as a symbol of marking their territory.

They are highly possessive and if they are around their kids it’s just natural to be protective of them too.

But protecting them from a threat is a different feat. It is observed that male cats fail to recognize a kittens cry for help, whereas a mother cat can sense the anxiety or distress in her kittens voice when they call for help. This is another one of the reasons the mother cat stays with the kittens to protect and train them, but the father cat does not.

Sometimes they are a threat to young kittens. Cats belonging to the family of hunters assume the young kittens to be like a rat or a small bird who could be a threat or a meal so they might harm or even eat a kitten, disregarding the fact that it may be their own. This presents a scenario where the behavior of cats may not be predicted.

So if you are planning to add a male feline into the family of cats, make sure to observe the behavior of the male cat around the kittens—the way he regards or disregards them.

The use of physical barriers may also be helpful in protecting at the same time adjusting the family together. Would you separate your cat family if it means protecting the little ones?

Do father cats raise their kittens?

No, father cats do not raise their kittens; these are tasks taken under by the mother cat. They don’t even stay around female cats after mating, but even if they do, they do not raise the kittens.

Can father cats harm/eat their kittens?

Yes, father cats can harm their kittens, and if they see them as a danger or easy prey, they may attack and hunt the little ones. They may also harm the kittens if they get in the way of him mating with their mother if the male cat is not neutered.

Do male cats groom their babies?

No, male cats do not usually groom their babies; they don’t even groom other tomcats as seen in the females of the species. But very rarely you may see a father cat grooming their kids, but that is very sporadic.

Fathers cats cannot be expected to do things you may see other animal fathers do, but that’s just because their instincts and nature are built in such a way. Some father cats may hold fatherly feelings towards their kids, but that is rare.

They are not as involved or inclusive as a mother cat maybe, but that’s just their nature.

Being neutered also plays an essential role in their behavior as mating and hunting are their prime survival instincts.

Caring fathers are a rare instance, so it’s not surprising to never see a male cat in the vicinity of a cat and her litter. They are also not very warm and caring in nature; also they are more or less invisible in their lives, so recognizing and caring for and raising the kittens is not a common occurrence. 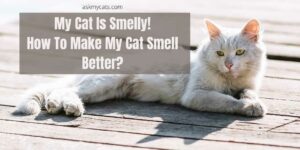 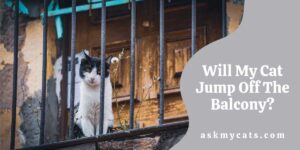