Mothers! This word is enough to create waves of emotions in us. We can put our worlds on a halt whenever it’s about our mothers.

But you know but, it’s the same with animals too. From birth, they need their mothers as we do, they depend on them for food, and who knows maybe they too have to ask their mothers before going out?

For our conversation today, I have brought such a topic for you guys.  If you are a cat parent whose cat has just given birth or somebody willing to adopt a kitten then mind you,  you need to know these facts.

A mother cat will only be away from her beloved kittens once they start outgrowing the stage where they need to be consistently fed. She will start leaving them for way too often once they become toddler cats, to be precise.

Before any further interruption, let’s get you right in.

How Long Will A New Mother Cat Leave Her Kittens?

A new mother cat will only leave her kittens when she has to feed herself or litter in the litter tray or robot or the outside sanctuary.

In the initial stages of the kittens being born, the mother cat and the kittens will be indulged in forming a bond outside of the womb. The kittens would need extensive care and constant feeding to stay alive.

To protect them from extreme weather conditions, the mother cat will incessantly lick them, keep them embraced in her arms. Mother needs to be around her kittens in this period as kittens cannot regulate their body temperature in the initial stages.

By the time the kittens grow up, they will start feeding themselves with solid food which doesn’t leave any space for the mother cat to feed her babies through milk.

This is the time, where the mother cat starts drifting apart from her kittens. but still, the cat will make sure her kittens are safe in the environment they have built for themselves.

If you are keeping up with the thought that you want to adopt a kitten, make sure you adopt the one that has exceeded or is 12 weeks old. Kittens do need that much time to let only their mothers acclimate them to the world through her eyes.

Why Do Mom Cats Sleep Away From Their Kittens?

Mom cats sleep away from her kittens usually to have their own space.

Yes, after giving birth to her furry babies, mom cats do need some time off the kids to breathe their own air and just rest for a time being.

As long as the mother cat is responding to its kitten’s cries, feeding them on time, and keeping them around her to protect them from any prey. This behavior is justified and acceptable.

Generally, this nature of cats also comes under observation when she wants to drift apart because she is in a state of denial. Many cats couldn’t mostly get used to the fact that now they have to provide for somebody else too.

Cats are very less open and this addition is unsettling, but it does go away after the initial stages end.

How Long Can Newborn Kittens Go Without Nursing?

Newborns kittens wouldn’t be able to exceed 1 hour without nursing. They need to be fed after this period if not then their vital organs will stop working.

If you are fostering a new cat mother and her kittens, you need to have milk formula in your hands and be prepared to feed the cats that end up staying hungry.

If your kittens go 3 hours without being fed then it’s a dangerous situation that needs your utmost attention. Keep a formula all prepared in case of this situation. If you are anxious about how to tackle this situation, you should visit veterinary care on what should be done.

Remember, taking care of a new mom and kittens is rewarding and sometimes full of questions too.

Perseverance is key and you will end up being carved in your pet’s heart forever.

Is It Normal For A Cat To Leave Her Kittens After Birth?

Yes, there have been cases when a mother cat leaves her kittens after birth because of many underlying diseases about which we are going to study in this part of the article.

Braise yourself, there is a lot to know here.

Seeing a nest of kittens, you might have wondered why their mothers are not around them.

It made your heartache, and you melted away seeing those beautiful faces. But glace around you, mother cats tend to leave their felines when they need to feed themselves or go to their litter spots or boxes.

But if that’s not the case, I am listing some points below which depict that cat mother has refused or left her kittens.

Mother cats leave their kittens when they are not in the correct state to have babies. Some of the cats give birth when they are around 6-7 months which Is an indication that these cats are too young to be mothers.

Some cats also end up suffocating their kittens when anxious and stressed.

2.The Mother Cat Is Ill

It is quite possible that because of the birth or existing underlying illness, the mother cat is not able to take care of her kittens. The mother cat feels lethargic or weak is also the reason why she hasn’t been able to provide for her kittens.

No assistance during birth ended up giving the complications that are causing her to act weirdly around her kittens.

3.The Mother Has Mastitis

Mastitis is a breast inflammation that makes it hard for cats to feed their newborns as it generates pain and swelling which makes mother cats sometimes run away and also abandon their kittens.

That’s quite possible that your cat lacks maternal instincts. Just after birth, such cats forget about their kittens and do not visit them again.  Cats that are energetic, extremely playful, and are young mothers usually show this kind of behavior.

Can We Touch New Kittens?

If cat mother has been around you and is familiar with the scent that you have, you can touch the new kittens.  But if it’s about touching stray kittens then avoid touching them 2-3 weeks as the mother cat might end up disowning her kittens and consider you prey.

New mothers are very possessive of their kittens and once you put your scent on them by touching them, they will change their comfort spots in search of a new one.

Telling you in some way or the other that “ I didn’t like your presence around my babies”.

Avoid touching kittens in their first week of life, research suggests this.  Ensure cat mama that you are no threat to its babies and slowly start stroking their fur which would let cat mama trust you.

This is this time where kittens should only be allowed and allowed to socialize only with their mothers. Slowly once they develop strong muscular strength, you can touch them tenderly and gently.

What to do if new cats cannot feed her kittens?

You need to take your cat mom and new kittens to veterinary as kittens need to be fed every 3 hours. It can turn out to be fatal for the new kittens. Try giving them formula but if it doesn’t work and isn’t accessible then it’s time to visit the vet.

Why cat mother never lets me touch her kittens?

It’s common for new cat’s mothers to do so. They are just protecting their babies from the outer world. Cats don’t like their kittens to smell like a different scent than hers. Avoid touching if she couldn’t trust you in the initial stages.

When to let the new cat mother step out of the house?

You need to give the new cat mama enough time to recover from the delivery.  Let her be alone in her spot whenever she doesn’t have to feed her kittens. Ensure she gets some me time.  Let her stay at home until she gets spayed.

New cat moms and kittens are a great responsibility to take on hands.  It also for sure is a delight to the eyes to see a cat mama take care of her babies.   When you are fostering a new mom and kittens, make sure you are always providing and reassuring them that they are in a great space and environment.

make sure you don’t make the new cat mama feel abandoned and lonely, keep up with her too, stroke her hair, snuggle with her to let her trust stay intact on you.

If you aren’t able to understand certain behavior that your cat and new kittens put forward, try to get urgent basis consultation to avoid any further unfavorable situations.

In the end, the situation can be tricky but you need to be patient and hopeful that your constant efforts can change anything upside down.  Keep working, dear paw-rents, I see you. 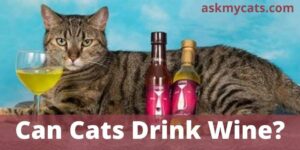 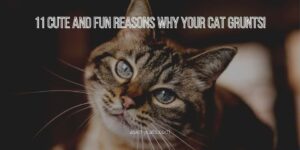 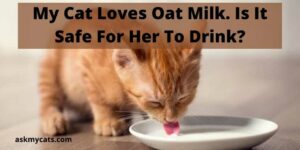 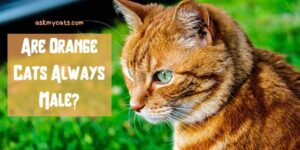 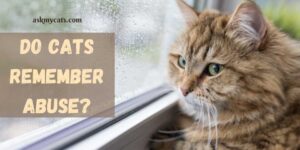 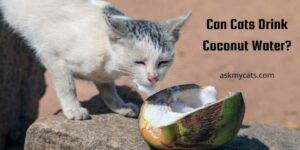