Playing fetch is typically associated with dogs, but a cat’s innate hunting habits of stalking and pouncing make it an ideal activity for felines as well.

Cats aren’t known for being very obedient, but with how closely the game resembles a chase, it’s easy to see why they’d like chasing a running item.

YES. Cats do play fetch. Some cat breeds can be more interested in bringing toys back to their owners than others for e.g., the Maine Coon is known for being active and loving fetch.

Any playful and enthusiastic pet, on the other hand, will be enticed to play if the mood is right.

Why Is My Cat Obsessed With Fetch?

Cats are obsessed with fetch because sometimes cats need a reward for their “hunting.” Leave the toy on the field or somewhere accessible to him as a reward for his “hunting.”

My cat enjoys dragging his toys around and playing with them alone. He’ll even show them to me to play with, which I adore.

Playing with your pet is a wonderful way to communicate as well as get some much-needed relaxation.

It’s not as tough as you would imagine teaching your cat to retrieve an object; the trick is in the object itself.

It’s important to choose something appealing to play with when choosing an object to play with. Choose a little toy or object that your cat enjoys playing with.

It’s also useful if the object isn’t something your cat usually has access to. Hide a rare toy that you only pull out for a game of fetch to make it more appealing.

Choose the best time to play. When your cat is napping, you can’t ask her to wake up for a game of fetch. Instead, look for signs that she is having fun.

It’s also a good idea to taunt her with the item rather than simply pointing it at her right away.

If the toy makes a jingling or crinkling sound, use it to get her attention. If she doesn’t want to follow the object, pursue a few different ones before she does.

Persuading your pet to carry the toy back to you might be the most difficult aspect of training her to play fetch.

If your cat doesn’t get it right away, wait for her to drop it, then pick it up and throw it again from the same place you dropped it from the first time.

Repeat before the cat knows that the toy must be returned to the starting spot before being tossed again. When she starts to carry it back herself, make sure to thank and inspire her.

What Kind Of Cats Play Fetch?

Cats, that have behaviour common with dogs, are the most common to play fetch.

Body language is how cats and dogs interact. They communicate through facial gestures, ear gestures, tail positions, and vocalisations.

Cats and dogs use their sense of scent to get to know other animals and to make sense of their surroundings.

Over all, cats and dogs are two of the most common pets in the world because they both have a natural need to develop close relationships with their human families.

While both breeds have this inherent desire to interact, we find that dogs have more characteristics including playfulness, loyalty, and communication.

As a result, a market for genetically bred cats with the potential to bond more deeply has emerged.

The cultural stereotype of cats as distant companions that lack love in comparison to dogs is not as black and white as we would believe.

Animals acquire unique traits as a result of their surroundings and encounters with humans.

Many of the following breeds, however, develop a proclivity for direct and constant human interaction as a result of selective breeding.

The breeds of cat which play fetch and are somewhat similar in behaviour to dogs are:

Cats are clever animals, and with patience and experience, their actions can be conditioned. Many people have trained their cats to do tricks, fetch treats, and even obey orders such as “come here.” Felines can soon learn to equate a particular action with the clicker’s signal.

Most people wait to adopt a Shelter Pet Month to find their next dog-like cat because cat behaviour is too malleable at a young age.

It enriches the cat’s life and can make the cat be a cleaner, happier, and more attentive pet.

What Percentage Of Cats Play Fetch?

It is observed that about 20% of the cats can play fetch since this incident is uncommon, but not unheard of.

Of course, chase-and-pounce is a common cat game; “retrieving” is the more difficult action.

Some cats find out on their own that if a toy is brought to them, they can be taught to throw it twice. This is something that one of my friends does.

Cats may be actively taught to fetch, but it needs a little more persistence and coercion than it does for a dog to persuade the cat that it needs to hear what you’re trying to explain.

However, this differs by breed and cat; meezers, for example, are more concerned with human acceptance than most cats, making them stronger students.

Can You Teach Cats To Play Fetch?

Yes, you can definitely teach your cats to play fetch because they are intelligent creatures and fast learner.

Many pet owners enjoy engaging in a rousing game of fetch with their best feline companion. You throw the treat, your cat dashes after it, pounces on it, plays with it for a nanosecond, and then walks away.

The game is done! That means, until you stroll over to the toy and toss it for them once more.

Well, it seems that all cats love running after that toy when you throw it, but most haven’t yet figured out how to retrieve it so you can throw it again. Do not be concerned!

You should teach your cat to fetch and they can return the object to you. Some cats are naturals at the game and pick it up quickly.

Though fetch is most often associated with dogs, some cats enjoy it as well. While any cat will learn to retrieve toys, Siamese heritage cats and young kittens love it the most.

When your cat gives you a mouse as a “gift,” for example, it may display a retrieval reflex. It can even catch and release a fluttering moth or bat a toy mouse down the corridor.

The only other requirement is for the person to do the honours and throw the treat, after which the cat must be enticed to retrieve it.

Teaching this game to your cat is a fun way to help him burn off some steam while keeping his mind sharp. Fetch will also help tubby tabbies lose weight by providing exercise.

It’s always better to hold your cat’s focus and show him something different in a distraction-free atmosphere.

Find a peaceful place in your house, ideally a space with little obstacles and a small playing area.

The majority of cats prefer their preferred items to retrieve. When it comes to incorporating the game of fetch, it’s best to go with your cat’s innate instincts.

A catnip mouse, a wad of paper, a soft sparkle ball, or even a specific treat could pique your cat’s interest.

Some cats relish running kibble over a rocky surface. They could return to “ask” for another throw, even though they don’t pull it back. Figure out which toy your cat prefers and then play with it.

Timing is everything, and you know your cat better than anybody else, so pick a time when you know kitty would be up for a game.

And if it’s convenient for you, the game can come to a halt if your cat falls asleep at naptime.

Some pet owners discover that right before a meal; their cat is most open to instruction and able to pay attention to them.

Although dogs are known for their fetching marathons, keep in mind that cats are masters of sprinting and dash.

In the world of cats, ten minutes is a long time, and you want to leave your pet wanting more.

Stop the game until the cat gets tired of it—five minutes is usually enough for most cats—and it would be more likely to ask for another round.

Is your cat more interested in paw-wacking paper around the room than bouncing the ball? Make like a cat and imitate its favourite pastimes.

It will demonstrate to your pet that you are aware of the game and want to participate.

Fluffed hair, eye and tail locations, and meows are how cats communicate, but they also understand a lot of human terms. Connect the action to a term to help your cat understand the game when it’s time to play.

After you’ve thrown the toy around the floor, say something like, “Fetch, kitty-kitty-kitty!” in a high-pitched, joyful tone to entice your pet to bring it back.

Using your “come” command connected to the “fetch” term if your cat has already been clicker trained to come when called.

For cats that instinctively fetch the toy, it’s always enough to merely pick it up and chuck it again. The reward comes as kitty loves chasing kibbles or other snacks around the board.

If you deliver a real leisure, other cats will be more likely to repeat fetch. Again, follow the example of your cat and offer whatever incentive it wants to promote good conduct.

When your cat gets used to the game, move it in a bigger space or a more distracting location. Sitting on the opposite side of the room and tossing the toy among each other will take turns.

This will make your cat find out that playing with others is fun too.

If you don’t enjoy, you’ll find it safest to leave the toy you play out of sight of your cat. This will add meaning to the toy and help make time for your cat to do something.

Once your cat has picked up an object twice, try throwing a toy and use the same vocal indication to pull it. Ensuring your pet has several items, even though your valued possessions get misplaced or broken and need to be replaces, is a safe way to inspire exercise.

Don’t worry if your cat isn’t interested in fetching. With other kitty games and interactive devices you will also have great fun.

In addition, certain cats might just presume that people would take it back, rather than waiting for the pet to get it back. Such are they amusing.

Is it rare for cats to play fetch?

It is unusual, though not rare. Of course Chase-and-Pounce is a widespread cat game; it’s the complicated thing to “retrieve.” Some cats themselves realise that people should be taught to throw a toy over and over again when it comes to them.

What does it mean when my cat plays fetch?

Some cat breeds may like to retrieve toys rather than others for eg, the Maine Coon is known for its activity and fetching. However, any cat that is playful and powerful will be encouraged to play if the mood is right.

Call the cat’s name or show her a treat to get her attention. Then throw the toy a short distance (approximately five feet) and say “fetch.”

Tell “ok fetch” and give your pet the reward if your cat miraculously returns the toy to you.

She’ll almost certainly drop the toy in order to get the treat. 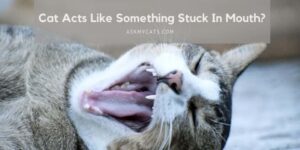 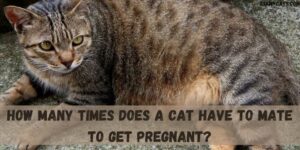 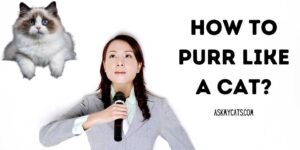 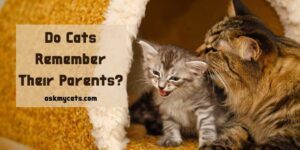 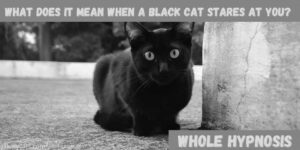