Cats own our hearts. don’t they? Everywhere in the universe, cats have always been the source of rejoicing and joyfulness even though they are assertive regarding their boundaries.

No matter how many speculations related to a cat’s anti-social behavior go around, cats have always been considered the most intelligent pets.

However, sometimes, it’s very likely that felines will get their hands on something not so beneficial for them and end up being sick because of that.

I am a cat parent myself and I have always been on verges to protect my cats from eating something toxic.

Today, I thought why not bring up a topic that needs to be studied a little bit thoroughly. I am pretty sure you must have seen your cat chewing on paper and you might have wondered why so much fascination for a piece of paper?

To unfold that, keep scrolling to check the next part of the article.

Why Does My Cat Eats Paper?

Cats are considered to be the most eager animals and they tend to be around random things to analyze them and make sure those things don’t possess any harm to their territory.

Despite that, there have been many reasons for which cats eat paper. Some of such reasons are-

Pica syndrome can be deciphered as a behavioral change wherein felines have an urge to eat non-edible items like fabric, cardboard, plastic, or paper. Some of the most common breeds that showcase this type of behavior are the Siamese cat and Tonkinese

Breeds that are weaned early are more prone and tend to get detected by this syndrome.

However, there are some points that affect the functioning of pica, so to say, these are the reason why pica syndrome seems to be applicable in a feline’s life.

The foremost reason why some cats have pica syndrome is because of their existing medical conditions such as leukemia, immunodeficiency viruses such as diarrhea, and brain tumor.

Another important reason and usually the most common one can be the deficiency of essential nutrients in a cat’s diet because of which they look beyond their staple diet for a supplement to satiate their hunger by eating because of eagerness.

Lastly, the imperative reason is the presence of acting compulsively or acting in a repetitive or exaggerated manner which also in some ways can be the main root cause of pica syndrome.

Whenever a cat is under stress or dealing with something traumatic mentally, they tend to get agitated and react to everything that they find around them.

Cats tend to manifest this behavior when there is a sudden addition in their lives they were not very keen to get across such as change of environment, the addition of a new pet, divided time.

Eating paper is one of the tactics a feline uses to attract attention and cope up with trauma they must have felt.

3.Not Accessible To Toys

Cats get prone to eating and chewing papers when they are not made accessible to the usual toys. Most of the time, it’s essential for a pet to subside their aggressiveness by playing with toys and having a sufficient amount of playtime.

However, because of lack of time, there can be a few instances where owners forget to make the toys accessible and reachable to them which makes them aggravated to get their hands on other things.

How Can I Stop My Cat From Eating Paper?

After getting to know about why a cat eats paper and what can be the possible reasons elevating this occurrence, now it’s necessary for us to get to know that how we can prevent this occurrence from unfolding or simply can stop our cat from chewing and eating paper.

Pets like to be around the people they love, especially felines as because of their socially restrictive behavior, cats usually restrict themselves from coming around and depicting their affection.

However, cats are still considered the most affectionate once they get to know the person and environment. Once you reach that level of understanding, it’s crucial to devote your time to the feline too.

Cats are on the verges to roam around houses and get on to anything they find non-edible to cope up and keep their time engrossed.

2.Hide The Things A Feline Chews On

Cats are natural predators because of which they find it regular to chew on non-edible things to keep up with their natural instinct.

However, as a cat parent, make sure there is no access provided to the cat, and the area in which you keep all such products is somewhere your feline is likely to come.

Or you can also make that area a little less desirable for them which in most cases can help.

If the occurrence of your feline started to happen very often and you have clearly noticed it, try to use deterrents such as citruses that sway away cats because they don’t like strong smells and are easily dissuaded to perform such events.

Can I Let My Cat Chew On Paper?

No, you cannot let your cat chew on paper voluntarily as it has no use and doesn’t possess any useful components for the feline.

However, it’s pretty evident that a paper cannot make a cat severely ill or trigger the underlying diseases giving rise to varied allergies and the paper passes through their digestive tract and is flushed off in their feces.

Though it might be clear, there are still some chances of it causing effects in a cat’s body even if minor because their digestive systems are not built to break down such non-edible items and derive values out of it.

Furthermore, you should stop your cat from eating or chewing paper with the presence of ink, dyes, and wax as it is capable of rendering diarrhea and vomiting to the feline and also alleviate the levels of pica syndrome a cat might be possessing.

Is Paper Safe For Cats?

Paper is safe for cats only until they are only getting their hands on shredded pieces of paper.

It’s a universally known fact that cats are obligated carnivores which deprives them of having an enzyme that helps in the digestion of cellulose that a paper contains, which is the reason why cats shouldn’t eat paper very frequently as it does have the possibility of giving gastrointestinal complications.

However, when it comes to the shredded pieces, they pass down the digestive tract and get removed from the body in excretion.

There is always a slight chance of your getting sick when they eat a non-edible item.

Generally, eating a paper once or twice wouldn’t make your cat or sick, however, if there is any negligence and your feline of eating the paper very often, then it may result in intestinal blockage and worst cases, be the cause of fatal occurrences.

Being the reason, cats shouldn’t be allowed and closely monitored if they are putting the habit of eating paper across.

Why Does My Cat Eat Toilet Paper?

Cats are curious and eager animals always looking to satiate their inborn instincts that are to prey on things which can be one of the reasons why your feline is eating toilet paper.

Another reason can be the presence of pica syndrome which makes a cat highly prone to ingest non-edible items.

In such cases, it’s better to consult a doctor as frequent ingestion of non-edible items can make a cat sick and also end up in mental health complications which can only be aided with the assistance of a vet.

Why Is My Cat Obsessed With Paper Towels?

Your cat seems to be obsessed with eating paper towels because of the non-availability of laytime, deprivation of the time spend with affectionate owners.

Cats begin to hunt and rely on their inbuilt instinct which is to prey. They pick up this habit to keep themselves occupied. However, this is not a well enough reason for which a cat should be allowed to consume paper towels.

They are not useful for a feline in the long run and cannot provide them with the types of nutrition their bodies rely on.

To eradicate the possibility of such occurrences from happening, it is essential to consult with a vet and diagnose the feline with an accurate root cause after which necessary medications can be provided to decline the possibility of eating paper towels again.

How Do I Get My Cat To Stop Eating Toilet Paper?

It can be quite amusing and also tricky when a cat starts to eat toilet paper as it can be messy and also not what you would want to see every day.

To overcome this situation, try out the below-mentioned ways which can prevent your feline from eating toilet paper-

To create a barrier in front of your cat in unraveling toilet paper, install a toilet roll dispenser.

Another and most useful way that can be helpful in such a situation is to get your cat to play and spend their time with you.

Cats tend to ingest such items when they don’t have any physical activity going on in their lives.

Cats are playful and need something in their daily lives to look after. Incorporating daily playing habits and outdoor activities can make them outgrow such practices and behaviors.

Can a cat eat strings or yarns?

No, a cat shouldn’t be allowed to ingest strings or yarns as any of the threads longer than 6 inches can be a cause of serious health complications.

Can a cat eat cardboard?

There are many cats who like to chew cardboard, paper, and wool however cardboard doesn’t possess any harmful possibility for a cat and is easily digested and excreted.

Cats are analyzing and playful in nature, when both of these behaviors are incorporated together, cats develop a keen interest in toilet paper as they like the thought of shredding it in a zillion of pieces and later playing with it. It makes them calm their hunting instinct.

At the very end of the article, we have come to know about the relation between papers and felines in an elucidated and articulated manner which brings us to deduce the very fact that cats no matter how less harm a paper possess, shouldn’t be allowed to eat or chew them as there Is always a slight chance of it being hazardous to the little furry baby involved.

To add up on that, there is no nutritional value present in it and it also in some ways nudges the felines to act aggressively which after a time being becomes a regular habit.

Now, to put a peaceful end to my words, come in the comments section and ponder your thoughts again on the way through which prevention of such activities can be done.

Come, let us dwell in the comment section again. 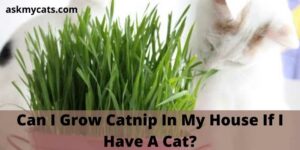 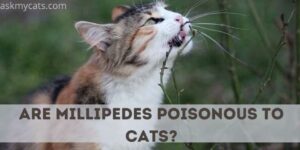 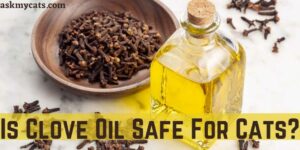 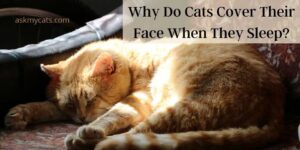 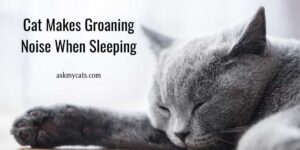 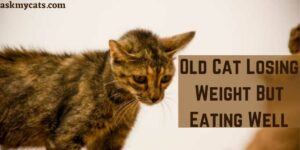