When you have to throw a cat up, it can be difficult to let go of the special bond.

True, cats don’t understand the concept of having a human master, but certainly they recall all the good times?

Despite this, they are capable of communicating with and appreciating their caregivers.

Do cats, on the other hand, recall their previous owners?

Cats have the ability to recall their owners. Cats who relied on you for basic necessities like food, water, and social contact will recall you.

Painful and frightening memories are often stored in a cat’s long-term memory. A cat’s memory will last anywhere from months to years.

Do Cats Miss Their Previous Owners?

Cats definitely miss their previous owners, but for a short duration only. Once he is accustomed with the new environment he may forget their previous experiences.

It’s difficult to measure longing and sorrow in animals with whom we can’t speak, particularly felines.

If the cat was well-treated by the former owner, with regular treats or special toys, a cat that finds itself in a shelter would most likely miss his or her prior home and caretakers.

If an elderly owner passes away, the cat will search for the owner if they continue to live in the same home.

When a child leaves for college, the family cat will follow them into their old room and sleep on their bed. When they return home on vacation, it’s clear to see that the cat has missed them and needs to be with them.

When someone is missing, cats remember, but it’s not really clear whether they miss them or are just perplexed as to why they’re gone. This would not rule out the possibility of a cat forming a new bond with a new owner.

Cats, like most species, are adaptable, and with the right level of respect and attention, a new owner and their cat will form a deep, affectionate bond.

How Long Do Cats Remember Their Previous Owners?

Cats can remember their previous owners for a long period of time, which can extend upto years

It’s difficult to provide a precise figure, but evidence suggests that a cat’s memory is comparable to that of a toddler, maybe a two or three-year-old.

It’s worth noting that a cat can have a terrible encounter and then ignore something that reminds them of it for the remainder of their lives!

The duration of a memory is largely determined by how much of an impression it made on the cat.

If the former owner evokes negative emotions in the animal, such as discomfort or terror, the cat will likely remember this for a long time.

In principle, cat intelligence is a fascinating subject, but researchers have just scratched the surface.

Canine intellect has historically become easier to research because dogs can be taught to do tricks and obey their owners’ commands.

Cats, on the other hand, can like the sweets and food you have, but they are far less likely to follow instructions or succeed.

Will My Cat Forget Me After 2 Weeks?

No, the cat isn’t going to forget about you after two weeks as they have a strong memory. Your cat will miss you after 2 weeks, 3 weeks, or much longer.

They’ll be looking forward to those experiences, particularly if they rely on you for their regular eating and social activities.

Cats have a remarkable ability to remember things. Their memories are linked to their senses, much as most animals’.

Your pet will know the pattern, but not when you put him or her up to the window to see a bird or took them outside on a leash.

Cats have been known to recall children who leave for college and return only once every few months, if at all.

It doesn’t mean your cat didn’t miss you if they don’t look for you or welcome you with extra excitement when you return.

They are capable of remembering when you’re not there, but they’re adaptable and understand that life must go on.

Do Cats Miss Their Owners When They’re Rehomed?

If cats miss their old owners when they are rehomed depends on their former owners’ interaction with them.

If the relationship was positive, the cat would probably miss them for a while, particularly while adjusting to its new surroundings.

Cats have been studied and found to be able to recognise individual humans and identify when their living environment improves, according to scientists.

They’re also not sure whether cats miss their old routine or their owners in particular.

Regardless, if a cat’s new owners pay attention to their needs and have enjoyable entertainment and rewards, the cat will soon reconnect with them, which will help to alleviate the nostalgia for the former owners.

Cats are realistic creatures that easily adapt to their new surroundings and figure out how to make the most of it.

Do Cats Remember Their Old Homes?

You’ve also seen stories on the internet or in movies of a cat being carried away and having to walk ridiculously long distances to get home.

Cats have excellent long-term memory as well as a keen sense of direction. Big cats in the wild, like their domestic counterparts, have a particular territory where they roam inside.

If the stories we’ve heard are the highlights, cats are pretty good at not being lost.

However, we don’t advocate putting your cat’s survival skills to the test!

Furthermore, if a cat leaves with his or her family and then returns to their old house for whatever reason, the cat will most likely return to their old hiding places and haunts.

I moved with my cat a few months ago, and whenever I visit my parents, my cat always discovers my old room and climbs into my bed.

This is influenced by whether or not the cats lived together which depends on how long they played.

Littermates and other cats who share a home swap scents and can remember each other if apart, but we don’t know how long the scent lasts.

Cats may also form close relationships with non-related cats that share their home and go out of their way to find them after they leave or move away.

They’ll usually search the house for a lost person or animal for a few months, but it’s unclear if this is because they forget about the person or animal those went missing or just avoid expecting them to return.

Cats, like dogs and many other species, have a homing instinct, but they often get stranded, wounded, or simply unable to return home.

In certain situations, cats’ homing instincts are reset following relocation, and they attempt to return to their old homes only to become hopelessly lost.

And if some cats do incredible feats to return home from far out, the majority of missing cats do not last long.

When cats are rehomed, they sometimes neglect their former owners and want to find their way there.

If you’ve just relocated or adopted a new cat, keep a close watch on him for the first three weeks or so as he adjusts to his new surroundings.

How Long Does It Take For A Cat To Adjust To A New Owner?

For a cat to adjust with a new owner is largely dependent on the cat’s current condition and the new owner’s ability to devote time and attention to the relationship.

It also relies on the cat’s previous friendship with its previous owner.

A cat that has been abused or neglected is less likely to accept a new person right away and is more likely to be violent or nervous in their new environment.

The age of a cat is also important to remember. Also in the best-case situation, an ageing pet would likely struggle to adapt to a new owner rather than a younger cat.

Other species or humans living in the new house should be considered as well.

A cat may often have to adapt to the presence of other humans, cats, or livestock, and may face challenges as a result. Dogs and little children can be scary!

Furthermore, formerly owned cats may be intimidated by older cats who have already built themselves in the home.

All other factors are equal, if the new owner is diligent and eager to follow a new cat’s limits, there’s no excuse they won’t be able to gain their cat’s confidence in a few weeks to a month.

It’s important to note, however, that cats are people with unique needs and transition times.

It may take your cat longer to adjust to you and its new surroundings, so be careful and take it slowly.  Your kitty would be grateful!

Do Cats Dream About Their Owners?

Cats can definitely dream about their owners when their subconscious mind plays in his dream.

Really, they do. It’s no longer surprising that cats dream as they sleep. The truth is shown by their twitching whiskers and paws.

Cats, like humans, use dreaming to store and process knowledge acquired during the day.

Cats do spend a lot of time daydreaming; they’re really putting together all of the activities they see while alive. This concerns the people who own them.

Owners play an important role in a cat’s life, whether they believe themselves to be a “keeper” or a “caretaker.”

The more you are interested in your cat’s day-to-day activities, the more likely they are to think of you!

Do Cats Miss Their Owners When They Die?

YES. Cats miss their owners when they die. When a cat loses a friend, whether it’s an animal or a person, she grieves and adjusts to the changes in her life.

When cats cry, they change their behaviour in the same way as humans do: they become sad and listless. They will lose their appetite and refuse to play.

Cats recall their previous masters. Cats who relied on you for basic necessities like food, water, and social contact will recall you.

Painful and frightening memories are often stored in a cat’s long-term memory. A cat’s memory will last anywhere from months to years.

Do cats forget their owners in 3 days?

Since cats have great memory, they do not forget their owners within three days. They have an associative and selective memory, which ensures they recall vital facets of their lives like where to find food and shelter in order to survive and succeed.

Do Cats Think we’re their parents?

No, your cat would not believe you are the mother cat that gave birth to it. Cats, on the other hand, regard humans with the same love and affection as they do their mama cat.

Do cats get sad when you leave?

Cats, despite their fame, will become depressed when left alone for long periods of time. They are highly social creatures that form close relations with their owners. Cats may become lonely if their needs for companionship are not fulfilled. They can experience separation anxiety as well.

Although it would be nice to believe that our cats miss us when we are away, the truth is that there is no way to know whether or not your pet missed you when you went on holiday.

Since a cat’s brain resembles a human’s brain in certain respects, just like you may be mad with your childhood friend for running on to another neighbourhood and leaving you to face your freshmen year of high school alone, cats are irritated, unhappy, and might even resent us for leaving them.

I assume the cats miss us so much when we are away that they become enraged by how long they were left without our care and love. 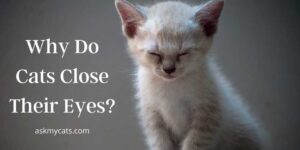 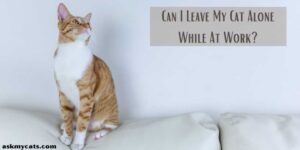 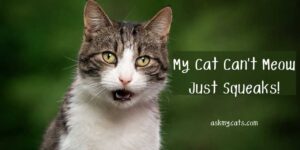 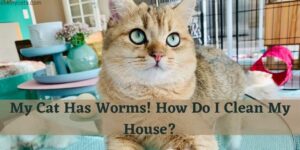 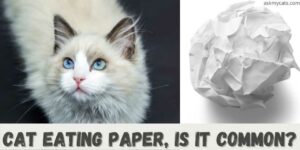 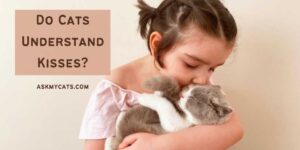