Cats are inherently joyful, friendly, and loving creatures. Cats place high importance on their pet owners’ presence. They’ll frequently be seen frolicking around in your company, leaping from your bed to the sofa to the mat, and generally having a good time.

The major reason your cat can suddenly ignore you is that, like other animals, cats have their own distinct personalities and decide when they want a social connection from their pet parents. Keep in mind that cats, unlike humans, are not sociable creatures. As a result, they do not have the same need for attention as humans have.

Here are some of the most common reasons why your cat ignores you, as well as what can make them more likely.

My Cat Is Suddenly Avoiding Me

It’s possible that your cat just does not want to be disturbed. If your cat avoids you when you try to catch its attention when it is sleeping, this is more likely.

In this instance, it could be better to wait until it feels more alive naturally before attempting to attract its attention.

Another possibility is that your cat has contracted an ailment that has left it exhausted. This is particularly likely if your cat started doing it abruptly and has been displaying other symptoms of illness. In this scenario, a visit to the veterinarian for a checkup might be beneficial.

Another possibility is that your cat has been having hearing problems as a result of anything like an ear injury.

This is more likely if your cat has suddenly begun ignoring you but does not strive to avoid you and occasionally comes over to offer you attention. Again, the best solution in this circumstance is to take it to a veterinarian.

It’s also possible that your cat is naturally reserved, which is typical in cats. This is more likely if your cat has always acted in this manner, yet it does show you affection when you come to pet it.

Another possibility is that your cat has been doing it as a result of old age, which has led your cat to get sleepy and have difficulty hearing you. This is more likely if your cat has become increasingly oblivious to you as it has grown older.

It’s also possible that your cat has discovered that listening to you does not guarantee that it will obtain what it wants.

If you tap its food dish to urge it to come inside when it isn’t time for food, for example, it will rapidly learn not to listen.

Cats may get depressed as well, which could explain why your cat has been neglecting you. This is more likely if your cat began doing it after an incident such as the death or departure of another cat or owner.

Another reason might be that your cat dislikes how you interact with it. This is more probable if you do things like firmly touching your cat when it does pay attention to you.

My Cat Won’t Come Near Me Anymore

Your cat doesn’t want to come near you because you have misbehaved or yelled at him previously.

If your cat did not always ignore you, think about what else happened before your cat started ignoring you. If your cat started doing it all of a sudden, it might be due to an illness, an ear injury, sadness, or learning that doing what you say gets you what you don’t want.

If your cat doesn’t always ignore you, it’s also a good idea to think about what’s different when he doesn’t. If it does not ignore you in the morning or evening, for example, it may be because those are the periods when it is naturally most active.

Cats, like small children, become irritable when something bothers them. Furthermore, they have a long memory and can recall people, places, and events from many years ago. This includes everyone who has irritated them in any manner.

So, if you shouted at your furry companion merely a week ago, you’d be foolish to think he’d forgotten about it.

Remember that even when the behavior is clearly well-intentioned, cats don’t take screaming and striking lightly. Regardless of how mischievous they are, these lovely dogs simply want to be caressed and showered with presents.

Even if you upset them inadvertently, they will harbor grudges against you for months unless you take responsibility for your actions and express regret.

So, if you don’t want to be shunned by your feline pal, don’t punish it in a way that will simply reinforce undesirable behavior.

Grumpiness can also stem from a painful experience in the past or a difficult childhood in general. This is especially true for cats in shelters, emphasizing the significance of learning about a cat’s social and medical background before bringing it home.

Cats, like the majority of animals, are creatures of habit. All it takes is a small adjustment in their routine to throw them off. Moving residences, changing the cat’s nutrition, bringing a new pet home, and home renovations are all examples.

Even a minor change in body fragrance, hand lotions, or laundry detergent might cause cats to get anxious.

Make an effort to stick to your regimen after you’ve established one. You’ll simply make your cat worried and upset if you don’t.

Why Does My Cat Not Want To Be Around Me Anymore?

Your cat may avoid and doesn’t want to be around you anymore because it is scared by the way you interact with it, is naturally timid, or is attempting to avoid anything else in the area.

Cats are energetic pets that require a lot of playing to relieve their pent-up energy. However, before you play with your cat, make sure the cat is in the mood for it.

Even though most pets are lively and playful, they want to be played with on their own terms.

If you call your cat to play with you but it appears indifferent, it’s likely that your feline companion is relaxing and doesn’t want to be disturbed.

Allow plenty of time for the cat to rest, and as soon as it feels like playing, it will naturally come to you, meowing for your attention.

An abrupt or gradual deterioration in your cat’s sense of hearing or sight is another typical reason for it to ignore you.

Most cats develop partial blindness over time, and this might drive them to withdraw from their busy and lively lifestyles.

Another reason a cat could behave poorly to caressing or snuggling is if its hearing has deteriorated.

Experts claim that cats have evolved vocalizations that they solely employ on their human masters, such as the meow. Adult cats usually exclusively meow for their human parents, despite the fact that kittens utilize meow to communicate with their parents.

Why Is My Cat Staying Away From Me?

Even though you like your feline partner, they may not always share your sentiments. There are a few tell-tale symptoms that your cat doesn’t share your feelings.

Keep in mind that just because your cat isn’t overjoyed that you’re their human doesn’t mean you can’t change their minds and regain their trust.

When you approach your cat, they hiss frequently, which is a solid indicator that they don’t truly like you.

If they were OK before, but now hiss at you, it might be a symptom of a health condition. In this situation, you should take your cat to the veterinarian simply to be cautious.

My Cat Ignores Me When I Call Him

It’s possible that your cat ignores you when you call because it doesn’t comprehend what you’re saying or because it’s learned that listening to you gets things it doesn’t desire.

Cat Ignoring Me After Holiday

If your cat ignores you when you return after a holiday, it’s possible that your cat is inherently aloof or that it believes you don’t want it to pay attention to you.

When you get home, your cat may ignore you because it is weary and attempting to sleep, it is naturally aloof, or it believes you do not want it to pay attention to you.

Is It Normal For My Cat To Ignore Me?

Yes, it is normal for your cat to ignore you.

It might be beneficial to take your cat to the doctor if it appears that it has been doing it because of an ear condition. You should be able to seek expert aid targeted to your specific cat and deal with medical issues as a result of doing so.

What Does It Mean When Your Cat Ignores You?

Your cat may be aware of your presence or may have heard you call his name. He just decides to devote his attention to whatever he considers more important than you.

When your cat is really engaged in something, this might also happen. He might simply be grooming himself. Perhaps he noticed a bird sitting on a tree not far from his preferred position. Perhaps a neighborhood cat has wandered into your yard and piqued your pet’s interest.

What to do if your cat is avoiding you?

In the meanwhile, leave your pet alone. Allow him to approach you once you’re ready. Also, be aware of your energy when your cat approaches you. If you’re frightened, your pet will pick up on it and flee. Treats or his favorite toys can be used to get your cat to come to you.

Allow your cat to calm down before quietly apologizing and slowly winking at them. Remember to praise your cat and give them biscuits or catnip as a reward. Spending quality time with your cat, with lots of caressing and activities, should help to calm him down.

How long do cats hold grudges?

A cat’s memory may endure up to 16 hours, compared to a dog’s (which lasts no more than 5 minutes).

Do not hold it against your cat if he suddenly avoids you. Cats are distinct from dogs in that they do not seek human attention. That isn’t to say they aren’t capable of receiving and expressing affection. They’re simply wired differently than sociable animals. 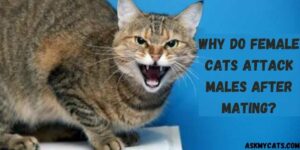 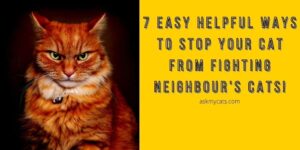 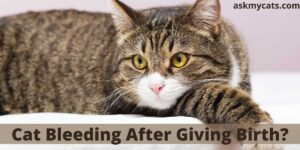 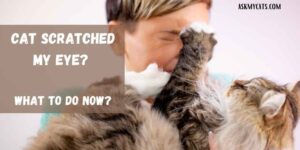 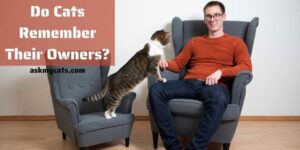 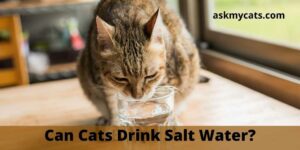