Oregano is one of the most often used culinary herbs. This herb, in addition to being used in a variety of cuisines across the world, is thought to have a number of other health advantages.

Antiseptic, antiviral, and antifungal characteristics of oregano aid in the treatment of bacterial, viral, and fungal illnesses, respectively. It’s also known for being a powerful muscle relaxant, vasodilator, and antispasmodic.

Many herbs have no effect on our cats and are completely fine to keep near them. Now, you must be thinking:  Is oregano, however, okay for cats? Is it possible for cats to consume oregano and get some of the therapeutic advantages that this miraculous plant provides to humans?

To answer your question, no, cats cannot eat oregano. Oregano includes an essential oil that has the potential to upset a cat’s stomach. This can cause a toxic response in the cat, as well as irreversible liver damage.

Continue reading to learn more about oregano and its effect on your feline companion.

Is Oregano Safe For Cats?

Oregano is not safe for cats, according to the ASPCA. This herb, unlike basil, sage, and thyme, should not be administered to cats orally or topically. It doesn’t matter if the plant is fresh or dried; it’s poisonous in any case.

Phenols and terpinoids, which are poisonous essential oils for cats, are found in oregano. Cats have livers that lack some of the enzymes that people have, and as a result, they are unable to properly break down and expel these hazardous oils.

The oils just pile up in your cat’s system and harm him. Therefore, it is advised that you keep your furry friend away from oregano.

Is Oregano Toxic To Cats?

Yes, oregano is toxic to cats. Fresh and dried oregano leaves include chemicals such as flavones and polyphenols, which are harmful to cats. Oregano essential oil is also harmful to your kitty companion.

Oregano’s toxicity stems from the fact that cats lack the enzyme Glucuronyl Transferase, which is necessary to digest the plant’s compounds. Therefore, keep it away from your feline friend.

Is Oregano Oil Safe For Cats?

While none of the forms of oregano is healthy for your cat, you can be certain that oregano oil is the worst and most hazardous form of oregano to feed to your cat. Cats should not be exposed to oregano oil. Oregano oil is very poisonous to your feline friend.

Oregano essential oil should never be given to your cat, either orally or topically. The essential oil of oregano has a high concentration of the numerous harmful compounds found in the herb.

Simply said, this is the most concentrated version of oregano’s toxins. A cat eating a few sprigs of fresh oregano will most likely have minor nausea and diarrhea until the toxic chemicals are expelled from its body. However, a cat coming in contact with oregano oil will be more deadly for the little creature.

Cats should not be given oregano, and fresh oregano plants should be kept out of reach of your feline companion. In fact, it’s better to not keep oregano in the house, in case your cat gets a hold of it.

The oils found in oregano plants and leaves are poisonous to cats and can cause liver damage if consumed in big enough quantities. Oregano, in tiny doses, can induce stomach distress, including vomiting and diarrhea.

You should avoid providing oregano to your cat since it has the potential to cause stomach problems. If you believe your cat has eaten a little amount of oregano, especially fresh oregano, keep an eye on them for indications of illness, such as vomiting and diarrhea.

Because of the potential to make digestive issues, you ought to avoid giving your cat oregano. If you think your cat has ingested a small amount of oregano, especially fresh oregano, you ought to watch them carefully for any signs that the herb is making them ill, such as vomiting and diarrhea.

It’s also worth mentioning that cats are obligate carnivores, meaning they only eat animal protein. As a result, plant matter is classified as “foreign food” by its digestive tract. Only a few morsels of fresh or dried oregano leaves might cause significant gastrointestinal problems for your feline companion.

Although dried oregano is less toxic than fresh oregano, both should be avoided.

Do not give your cat oregano-containing foods, such as pizza or spaghetti sauce. Be careful and don’t let them go near oregano oil.

Plants that are poisonous to people are usually toxic to pets as well. This does not imply that a plant that is safe for people is also safe for dogs.

Oregano is the secret ingredient in every pizza, and it’s perfectly healthy for humans to consume – unless you consume a lot of it. It is, however, poisonous to dogs and cats, causing vomiting and diarrhea.

If cats consume oregano, they may experience low blood sugar, blood clotting problems, and liver damage in the worst-case scenario.

What Are The Symptoms Of Oregano Poisoning?

If your cat eats a small amount of oregano, she may experience a slight gastrointestinal upset. She will most likely vomit, have diarrhea, and have oral discomfort.

If any disease occurs as a result of oregano plant intake, it is typically relatively slight. When a cat is given oregano essential oil orally or topically, it might cause severe responses. If you use it on a regular basis, you may get to see severe symptoms.

The symptoms of oregano poisoning are:

Oregano poisoning can be lethal to your cat, but they will most likely experience vomiting, diarrhea, excessive wind/bloating, mouth irritation, skin irritation, shallow and disturbed breathing, difficulties walking, and eventually collapse before that happens.

Why Is Oregano Toxic To Cats?

Oregano includes an essential oil that has the potential to upset a cat’s stomach. It contains an enormous amount of phenols and terpenoids, which cats can’t digest.

This can cause a toxic response in the cat, as well as irreversible liver damage. Therefore, keep an eye out and make sure that your cat does not consume oregano in any form.

Oregano is one of several plants that smells great to humans but is highly repulsive to cats. A cat’s excellent sense of smell amplifies its powerful fragrance by about 1,400%.

Cats detest the smell of oregano. Some people even plant oregano to keep cats bat bay.

What To Do If A Cat Eats Oregano?

If your cat has only eaten a single oregano leaf, keep an eye on the issue and see what happens. The unusual leaf will most likely produce a little ailment that will disappear quickly with only little nausea.

If your cat has been exposed to an enormous amount of oregano, possibly because you added oregano to your cat’s diet accidentally, your cat will require veterinary care.

All of your cat’s vital signs will be checked by the vet, including temperature, heart rate, and breathing rate. If the condition is serious, blood and urine tests will most likely be performed to determine how much poison is in your cat’s system and whether or not the liver has been harmed.

Following that, your veterinarian will provide supportive therapy to assist your cat in warding off the threat. They’ll probably put your cat on an IV to attempt to flush the toxins out of their system.

If your cat is having problems breathing, they’ll give her oxygen and sedatives to help her relax and recover as quickly as possible. If things are severe, your cat will need to go to the vet for many days to recover.

The severity of the poisoning and your cat’s reaction will determine the outcome. Your cat may be able to recover completely if discovered early enough. If the poison has a high concentration and has had time to work, your cat may require special diets due to liver damage if it survives.

Is Oregano Oil Safe To Diffuse Around Pets?

No, diffusing oregano oil around your cat is not a good idea. Whether applied to the skin or utilized in diffusers, they are hazardous.

Which Essential Oils Are Safe For Cats?

You may use the following essential oils safely on your cat:
Frankincense
Lavender oil
Bergamot
Chamomile

What Spices Are Poisonous To Cats?

Cloves and allspice are poisonous to cats. Both contain eugenol, a chemical that can cause liver damage in cats.

If you have oregano in your yard or use the essential oil around your house, be aware that it is extremely poisonous to cats.

Under no circumstances should oregano essential oil be used on cats. Even topical use might cause discomfort and suffering in the cat. Before putting any other form of essential oil on your cat, check with your veterinarian to ensure that it will not harm the animal.

To avoid getting eaten by your cat, keep any potted herbs out of reach. Keeping your cat indoors prevents it from coming into touch with poisonous plants in the environment and gardens. If your cat begins to show any symptoms of oregano poisoning, we recommend that you take her to a veterinarian as soon as possible.

Drop your concerns and queries regarding your feline friend in the comment section below. 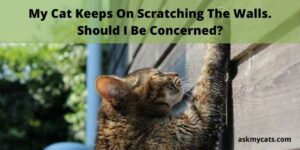 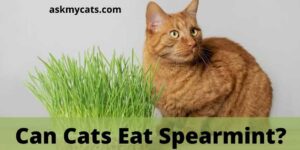 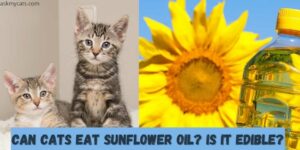 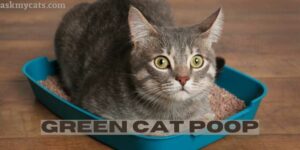 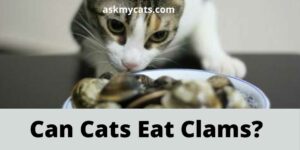 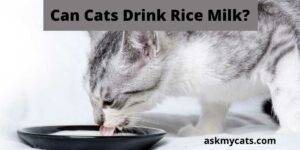