As the weather begins to warm and the days begin to lengthen, female cats begin to come on call, also known as coming on heat or entering the season.

Anyone who has never seen a cat in heat before may be alarmed by their behavior, which might be mistaken for an injury or disease such as a urinary tract infection, a broken back, or a behavioral problem.

Heat simply refers to a cat being in oestrus or receptive to being mated and maybe becoming pregnant. So, you might be wondering, “Can a cat get pregnant when not in heat?”

Keep reading this article to know what is heat cycle and can your cat get pregnant all year round.

What Is Cat Heat Cycle?

A cat heat cycle is when a female cat is ready to mate with other tomcats.

In most mammals, an egg is released from the ovaries prior to breeding during a heat cycle, which is known as ovulation.

On the other hand, Cats are induced ovulators and do not release eggs during estrous until they breed.

During a heat cycle, however, they still have hormonal fluctuations as well as some blood vessel engorgement, indicating that their body is telling them it’s time to breed.

Female cats naturally enter their first heat cycle around six months of age, but it can happen between four and twelve months of age, depending on the breed, health, and time of year.

This is the first heat cycle, and a cat can become pregnant during any of its heat cycles, including the first. Cats are polyestrous, which means they go into heat on a seasonal basis, typically from February to October in the Northern Hemisphere.

A cat is usually in the heat for about a week, and if it does not mate, it will go out of the heat for a week or so before returning to heat. This can happen at any time during the breeding season.

Can A Cat Have Multiple Heat Cycles?

Yes, a cat can have multiple heat cycles in a year, depending upon the weather and environment.

Though female cats must be in heat to become pregnant, they have plenty of chances because their heat cycles last for the majority of the year. Unspayed cats can have between 50 and 150 kittens in their lifespan, according to Dr. Arnold Plotnick.

Tabby is polyestrous, which means she goes through heat cycles all year long, which are impacted by the season, day length, and temperature.

Your female cat is an “induced ovulator,” meaning she must be in heat in order to mate; she must actively mate with a tomcat in order to ovulate and become pregnant.

She’ll cycle in and out of heat until she mates or until environmental variables like shorter days compel her cycle to come to an end on its own.

How To Avoid Cat Getting Into Heat?

The only way to avoid a cat getting into heat is to get her spayed.

Spaying a cat refers to an ovariohysterectomy, or the removal of parts of a female cat’s reproductive system so she cannot become pregnant and give birth to kittens.

Cat spaying is a surgical procedure that only a veterinary surgeon can perform correctly and safely.

Spaying a cat is a general surgical procedure with a low risk of serious medical complications.

There are numerous compelling reasons to spay your cat.

According to AmericanHumane.org, approximately 3.7 million animals are euthanized at shelters each year due to a lack of willing and able adopters.

Spay and neuter procedures ensure that you are not adding to this figure and that none of your cat’s offspring become a fatal statistic.

Consider the fact that, according to the Feral Cat Project, a non-spayed female cat can be responsible for producing up to 100 other cats during her lifetime, including the litters of kittens her un-spayed kittens will eventually have.

However, this staggering number can be avoided simply by caring enough to spay or neuter your cat.

Spaying and neutering should be done between the ages of 5 and 6 months, according to experts. Male cats can become sexually mature before 6 months of age in some cases, which means that waiting to neuter a cat can result in an accidental pregnancy.

In addition, kittens are more resistant to minor surgical procedures than adult cats. As a result, having your cat neutered sooner rather than later helps to ensure lower risk and a faster recovery time.

If you are unsure when to neuter your cat, please consult your veterinarian at your next appointment.

What Are The Physical Changes in a Pregnant Cat’s Body?

The physical changes that can occur in a pregnant cat’s body are; the stopping of the heat cycle, nipples getting pinker, vomiting, enlarged abdomen, appetite increase, and gaining weight.

Let us discuss the above-mentioned points in further detail: –

The stoppage of the heat cycle may be the first indicator of a pregnant cat.

If a cat has been having heat cycles every 10 days to 2 weeks and then suddenly stops, she is most likely pregnant.

If you have an unspayed cat, you’re definitely familiar with how a cat in heat behaves: the loud yowls, the unusually high levels of affection, the licking of the genitals, and – if you’re unlucky – the marking of territory with urine.

If your queen’s heat cycles suddenly stop, it could be a sign of pregnancy, but because cats can feign pregnancy, it’s not a sure thing – a veterinarian can help you figure it out.

This is known as “pinking-up” among breeders, and it may be the first apparent symptom of a pregnant cat. As you may expect, a pregnant cat’s physique experiences some changes throughout pregnancy.

The nipples will get larger and pinker in 3 weeks.

Pregnant queens, like human mothers-to-be, may experience a few bouts of “morning sickness.” This isn’t always cause for concern, but if the vomiting persists or becomes more regular, contact your veterinarian for assistance.

A pregnant cat’s abdomen will begin to grow visibly around the fifth week of pregnancy. It will continue to grow until it is time to give birth.

If you disturb your cat’s abdomen, it may become agitated, putting the health of the unborn babies in jeopardy.

Food will pique the interest of a pregnant cat. After all, a pregnant cat is feeding not only herself but several fetuses as well.

You may be able to identify a pregnancy early since many cats have a reduced appetite for a short period after conception.

During pregnancy, most pregnant queens acquire between 2 and 4 pounds of body weight.

What Are The Personality Changes In Pregnant Cat?

The personality changes that may occur in a pregnant cat’s body are: – increased sleeping and increased affection.

Many pregnant queens will sleep for more extended periods than they did before they became pregnant.

Because her energy levels will be depleted by pregnancy, your pregnant queen will want to spend more time inside the house and sleep more. During feline pregnancy, inactivity and slumber are totally acceptable.

Your cat may become more affectionate than usual and seek your attention more frequently. Your female cat could become overly loving.

She may rub her rump against furniture, stuffed animals, other cats, or even you. The way she lifts her tail or even assumes the mating position distinguishes this behavior from pure agitation.

How To Clinically Diagnose Pregnancy Of A Cat?

You can clinically diagnose the pregnancy of a cat by: –

1. Abdominal palpation of the Cat

By palpating and gently pressing on your pregnant cat’s abdomen, your veterinarian may be able to feel the fetuses. This usually occurs between the 17th and 25th days of pregnancy.

When your cat is further along in her pregnancy, your vet can take a radiograph of her abdomen to determine the number of kittens she is carrying.

This is a low level of radiation that will not harm the kittens or the mother. After about 42 days, the spines and skulls of kittens can be seen on x-rays.

If your queen has received regular veterinary care and the previous signs of pregnancy are visible, an official diagnosis from a veterinarian may not be required.

However, it’s a good idea to have your vet examine your cat to ensure she’s in good health.

Can Cats Get Pregnant All Year Round?

Yes, cats can get pregnant all year round.

Cats have a year-round breeding season that begins in February and ends in December.

The breeding season in the western hemisphere, on the other hand, begins in March and ends in September.

Cats are commonly referred to as “polyestrous.” The term polyestrous refers to the fact that the cats will be in heat on a regular basis during their fertile years.

The breeding season may vary depending on geographical and environmental factors such as temperature and daylight hours.

The cats can mate at any time of the heat cycle.

They are the induced ovulate, which means that the act of breeding causes the ovaries to release eggs.

Some cats require three to four matings over a 24-hour period in order for ovulation to occur.

Cats mate in one to two minutes. As a result, they can repeat the process several times in a short period of time. A queen may mate with different tomcats during the heat cycle, resulting in a litter of kittens with different fathers.

Once ovulation appears, the female cat will leave the heat cycle within one to two days.

How frequently can a cat have kittens?

Ans. A cat’s pregnancy lasts approximately 9 weeks, with an average of 63-65 days. And, after giving birth, a cat can become pregnant again extremely rapidly! Nursing her kittens will not prevent pregnancy, and your kitty’s next heat cycle could happen as soon as a few weeks after they are born. Make sure your kitten isn’t near any male cats, and talk to your vet about spaying your cat to avoid further pregnancy.

Should I breed my cat?

Ans. Allowing your cat to have kittens can be a special experience. It’s logical that you’d want additional generations of cats to be related to your furry best buddy. The decision to breed, on the other hand, should not be taken lightly. Ensure you’re prepared to handle all elements of caring for your cat and her kittens, including possible pregnancy difficulties and multiple medical visits. Investigate the time and financial commitment to see if it’s right for you.

What to do if my cat is pregnant?

Ans. The first thing to do if you think your cat is pregnant is to talk with your vet, confirm the pregnancy, and discuss the best ways to take care of your pregnant cat.

Your cat cannot get pregnant if she is not in heat. However, if your cat is not spayed, she is likely to be in heat for most of the year.

So, if you want to avoid unwanted pregnancy in your cat, it is recommended that you should get her spayed as soon as possible.

If you have any other questions, feel free to ask us in the comments section. 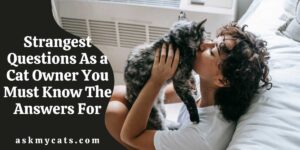 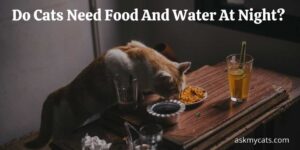 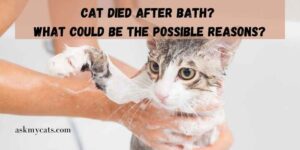 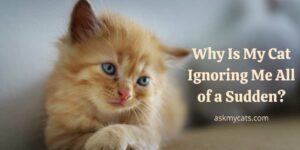