Owners are frequently perplexed as to why their cats scratch at windows so frequently. The grating sound produced irritates the nerves. Of course, some cats are more likely to engage in this activity than others.

Cats clawing at windows might have a variety of causes.

When cats see birds, mice, and other prey animals outside, they scratch at the windows. They become upset because they are unable to pursue their prey. It’s possible that a territorial cat saw its own reflection and mistook it for another cat. Some cats like sharpening their claws against windows, while others enjoy the grating sound.

Fortunately, cats can be taught out of what might be an annoying habit. Regardless, the window will not be permanently damaged by a cat’s claws.

Why Does My Cat Paw At The Window?

Your cat paws at the window because they want to go outside.

Cats are known for stretching and lounging on windows. After all, many felines prefer napping on a windowsill. It’s the most acceptable way to soak up the sun’s rays without really being outside.

It’s not uncommon to see cats rubbing their paws on a window without attempting to scratch it.

The following are the possible explanations:

Your cat may stand on its hind legs with the help of a window to lean against. With a stretch, it can untangle any knots.

Your cat will examine the window to see whether it can exit as a cat flap would. It might be emulating something it observed you do, like opening a window to bring some fresh air in.

Because cats have smell glands in their paws, you should consider whether your cat is marking the window. If you have more than one cat, one of them will choose the window as an observing and sleeping area.

These will be intermittent, short-term activities. If your cat is scratching the window regularly, break the behaviour.

Why Does My Cat Scratch The Window At Night?

Cats scratch the window at night because they have seen rodents and want to hunt them.

A cat’s drive to pursue birds and creatures outside is the most typical reason for scratching windows. As if hypnotically enthralled, many cats would sit and watch birds for hours. In an attempt to imitate its prey, your cat may trill and chirp.

However, simply watching your cat’s prey is likely to irritate it. A cat clawing a window quickly communicates dissatisfaction with its place as a bystander and desires to pursue birds outdoors.

According to Affinity Pet Care, playing hunting games with your cat can satisfy your cat’s hunting instincts, and no birds will be killed. You’ll also deepen your relationship with your cat.

Cats like hunting with a toy on a fishing pole. Hang the toy and let your cat pursue it. It’ll pounce on the toy and hunt it down, just like it would in the wild. Here are some great activities you may do with your cat.

Your cat would not always catch its prey in the wild. You’ll have to make sure your cat doesn’t win every game by messing up the results. Your cat will get bored and indifferent if it consistently wins.

This is due to your cat’s inability to recognize itself in the mirror. Your cat notices another cat, which it recognizes as a rival cat attempting to encroach on its territory. With its jaws and claws, your cat will protect the house.

Some cats catch on to the fact that they’ve committed a mistake earlier than others. They get dissatisfied with what appears to be a never-ending deadlock. Your cat will recognize that it is backing away from the other cat at the exact moment.

Cats have a natural desire to sharpen their claws, and windows allow them to do so. Glass is one of the few materials that can withstand feline claws.

This is advantageous because your cat will not cause permanent harm to the glass. The habit itself, though, is less than perfect. It’ll feel like nails on a chalkboard all the time.

Scratching posts are typically effective in resolving this tendency. Cats scratch because it is an instinct for them. If you put catnip on a scratching post, your cat will scratch the post instead of your windows.

Your cat will self-soothe if it doesn’t feel safe and secure. This frequently entails self-destructive conduct. Windows are a good target because they don’t shatter or cause discomfort.

Boredom is also a possibility. If your cat is bored, it will find undesirable methods to entertain itself. Scratching windows elicits a response from humans, which will not go undetected.

Make sure your cat has lots of things to do. Your cat needs to be cognitively and physically challenged regularly to be happy and comfortable.

Eccrine sweat glands are found in the paw pads of cats. Some cats, particularly those with a traumatic background, rub their paws on windows to scent mark and claim the window (territory) as their own.

What Does It Mean When Cats Scratch The Window?

Cats have evolved a variety of ways to communicate with one another and humans. Felines communicate via their smell glands in addition to vocalization and body language.

When a cat scratches a window with his paw pads, he is effectively branding it. He wishes to lay his claim to that particular location.

If you have two or more cats, you’ll find that they each have their favorite locations in the house.

Each cat uses scent marking to signal to others that a particular area has been claimed. This contributes to the maintenance of your home’s harmony to a considerable extent.

Stretching is good for felines, even giant cats, for various reasons.

Stretching is a fantastic technique for cats to wake up, especially after a lengthy slumber. While sleeping, cats frequently curl up and distort their bodies into various configurations.

Stretching also assists in the removal of toxic poisons from the body. After a nice stretch, a cat’s physique is prepared and ready for the hunt.

Stretching is another excellent method for keeping a cat’s muscles flexible. This has to do with a cat’s hunting instincts once more.

When a cat’s muscles are pliable, he’s ready to take on the task of capturing his prey.

Cats will sometimes extend their bodies to indicate their happiness. And for a cat owner, that is great praise from their feline companion. It’s excellent for you, but it isn’t suitable for your windows.

3. Fight Their Own Reflections

Elephants, dolphins, some magpie species, cats, and other wild animals cannot detect their reflections in a mirror, unlike humans.

Your cat may be scratching the pane because he sees another cat in his mirror. Cats rely significantly on their sense of smell, and when they see themselves reflected in a mirror or a window, they perceive the picture as a threat.

Cats are territorial by nature and will not back down from a struggle to protect their territory from intruders, real or imagined. In this case, it’s his image.

This is also why many cats are shocked when they see themselves in the mirror for the first time.

Allowing your cat to sit near the window is an excellent method to keep him occupied and interested. Your cat can spend hours and hours staring out the window, watching the world go by, much like you do when you watch television.

However, birds, small animals, or even wild cats in the area may attract your cat’s attention.

Because scratching the window is his sole option, a cat will do so. Your cat can only paw on the glass to warn off other cats or vent his aggravation at not being able to grab prospective prey since a barrier separates him.

Stress makes cats vulnerable. Even the tiniest change in their living situation might create worry and tension. When a cat is stressed and has nowhere to go, he may turn to destructive behavior, such as clawing the glass.

A bored, unengaged cat is in the same boat. If your cat is bored, he’ll find a method to entertain himself.

Maintain as much consistency as possible in your living environment to prevent upsetting your cat. Set aside time to play with your cat regularly to keep his mind and body occupied.

Cats require scratching to sharpen their claws and eliminate their outer claws. And if your cat hasn’t been trained to avoid clawing anything, he can get his paws on, even the window glass.

Unfortunately, because this instinct is ingrained in his DNA, it is impossible to stop it. However, you may divert this activity to something more appropriate, such as a scratching post.

How Do I Stop My Cat From Scratching My Window?

Make the window inaccessible to your cat first. Place a piece of tall furniture against the window to limit his access to it. This will work best if you don’t rely on that window for lighting.

You might also apply a color to the glass. By obstructing your cat’s view of the outside world, he’ll be less inclined to scratch the glass with his paws.

If you need the window for lighting, on the other hand, you may use cat-repellent odours to keep him away from it. Citrus, lavender, and even vinegar are among them.

Take the time to figure out why your cat is clawing the window in the first place before you try to train it out of it. Finding the source of your cat’s anxiety will help to calm him down and improve his mood.

In a nutshell, you won’t be able to stop your cat from scratching, whether he’s scratching his scratching post or any other object in your house, even the glass in one of your windows.

You can satisfy his scratching need by redirecting it to a suitable surface. Understanding your pet’s motivations will help you dissuade him from scratching the window. You may then look for a solution to your problem from there.

Why does my cat paw at windows and mirrors?

Cats claw at windows and mirrors because they can’t see themselves. Instead, they think it’s another cat they’re attempting to scare away by scratching. Cats scratch at a glass and smooth surfaces to imprint their scent, even if they can’t see their reflection.

Do cats recognize themselves in the mirror?

Self-recognition in animals, including cat self-awareness, has been investigated by scientists for over half a century. According to Popular Science, despite what you might see in those lovely cat videos or your own house, cats don’t recognize themselves in the mirror.

Why does my cat scratch at reflective surfaces?

Scratching at surfaces is a common way for cats to establish their territory. Scratching causes apparent damage and produces smell clues that other cats might pick up on.

Pests in the home: Cats have a keen hearing sense. They may hear mice or other pests within your walls in some circumstances. 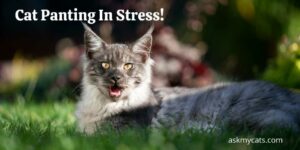 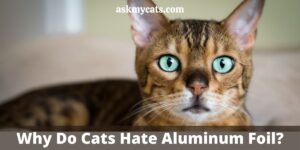 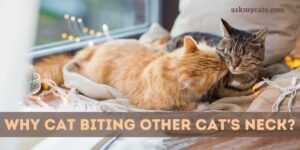 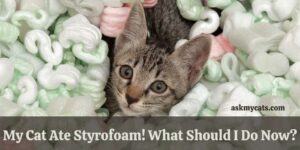 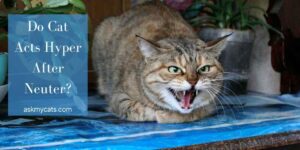 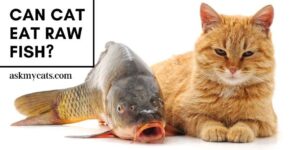