We all can agree that a cat getting worms is the worst scenario that could happen to both the cat and the owner. While they can be treated easily, they are hard to fully eradicate and can even spread to humans.

If your cat sleeps in your bed, you can get worms from her. It isn’t a life-threatening threat, but it is possible. Humans can be infected by parasite eggs, known as oocytes, which mature into worms.

Keep reading the article and you will soon know about all the complications of letting your worm-infected cat sleep in your bed.

My Cat Has Worms Can I Get Them?

Yes, you can get worms from your cat including hookworms, roundworms, and tapeworms.

When it comes to treating worms, most pet owners solely consider their pet’s well-being.

However, you should be aware that worms might constitute a health danger to you and your family.

That’s why it’s critical to recognize the signs of worms in cats, deworm your pet, and keep up with a regular deworming program as needed.

A zoonotic illness is a disease that can be spread from animals to humans.

There are a number of zoonotic external and internal cat parasites, some of which are more dangerous to humans than to their cats.

This is because humans are an odd host for feline parasites, and when they can’t make their way to a specific feline organ, they get lost and confused in a human body and do strange things.

External parasites such as fleas and mites such as Notoedres mites and Cheyletiella mites can infect people and cause severe itching of the skin, which can be accompanied by a rash.

These little creatures, on the other hand, only stay on people for a brief time.

Humans, on the other hand, are more likely to be preyed upon by a hungry tick lurking in the surroundings, waiting to jump onto a passing human in search of a blood meal. Lyme disease and Rocky Mountain Spotted Fever are both transmitted by ticks.

When it comes to parasites, we typically worry about our pets’ health, but many of us are unaware that we may be at risk as well.

Worms will infect almost all cats at some point, thus frequent worming is recommended to help combat these unwanted visitors.

Most of us worm our cats to prevent them from becoming ill, but it’s also an important element of decreasing the risk to ourselves.

Some parasitic infections that harm our cats, such as roundworm and hookworm, can potentially infect you and your family.

But, before you get too worried, keep in mind that contracting a sickness from a pet is quite rare, and the majority of them can be avoided by following a few simple procedures.

Teach kids not to kiss cats or put their hands in their mouths after touching them, for example. Hand cleaning regularly and frequent vet visits are two more fantastic techniques to help prevent a variety of ailments in cats.

How Likely Is It To Get Worms From Your Cat?

It is highly unlikely to get worms from your cat as humans are an odd host for feline parasites, and when worms can’t make their way to a specific feline organ, they get lost and confused in a human body.

The prevention of illnesses in cats through regular worming and flea treatment will go a long way toward preventing the transmission of most of these diseases to humans.

Your veterinarian will be able to advise you on the best treatment for your cat.

When playing with the family cat, people should always wash their hands after contact, avoid kissing the cat and not allow it to lick them on the face.

Preventing the cat from defecating in the backyard, especially around play areas such as sandboxes, is advisable.

Wild cats can be prevented from entering your property and doing their business in the garden or lawn by fences and deterrents such as sprinklers.

Can I Get Worms From My Cat Sleeping In My Bed?

It is not recommended to sleep with a cat with worms, as you can get worms from her. It isn’t a life-threatening threat, but it is a probability. Humans can be infected by parasite eggs (oocytes), which mature into worms.

Close touch makes it more likely that you will contract worms. It’s possible that you’ll ingest the oocytes if your cat is resting close to your face or if they’ve been moved to your mattress.

The oocytes will be present in your cat’s feces if it has taken up worms. They’ll probably end up on the cat’s fur because cats lick themselves clean.

They can be transferred to your hands when you pet her. If you touch your face or handle food, it can be ingested. Transmission is more likely if your cat rubs against your face while you’re laying in bed.

You’re more likely to get worms from your cat if she rolls on your pillow and you put your face on it.

Sleeping with your cat is often discouraged by experts. It’s nice to cuddle up in bed with your pet, but it’s all too simple to take up worms from them when you’re both in bed.

It’s a great way to pick up fleas and get any diseases that your cat may be carrying. Allowing your cat to sleep in your bed will exacerbate your cat allergies. As a result, the bedroom should be a cat-free zone.

Can I Get Worms From My Cat Licking Me?

Yes, you can get worms from your cat licking you as they can be transferred to your body by your licking cat.

Cats lick us as a form of affection. Licking is not just a grooming method for cats, but it is also a way for them to demonstrate affection.

Your cat establishes a social link by licking you, other cats, or even other pets. Part of this behavior may arise from your cat’s mother licking them as a kitten to groom them and to demonstrate care and affection.

But, if your cat has worms they could transmit them to you by licking as cats are known to keep themselves clean. They can lick their butt and then lick you spreading the worms.

So it is best to avoid your worm-infected cat licking you in order to be safe.

Are Tapeworms In Cats Contagious?

Yes, tapeworms in cats can be contagious but it is very rare. You can contract tapeworms if you accidentally consume an infected flea for example, after petting your flea-infested cat.

Tapeworms are long, flat worms with a large number of segments. The tapeworm’s mature segments, which contain eggs, are discharged and passed in the feces.

These segments, which resemble rice grains, can be found in the cat’s hair near the anus, in the feces, and on the cat’s bed.

All tapeworms require an intermediate host to complete their life cycle.

Depending on the tapeworm type, different animals serve as intermediary hosts.

Dipylidium caninum and Taenia taeniaeformis are the most frequent tapeworms found in cats around the world.

Humans can be infected with some feline tapeworms. The flea tapeworm is the most common in cats, although it is not easily transmitted to humans since the sickness must be contracted by swallowing an infected flea.

Alveolar echinococcus creates solid masses in the liver, lungs, brain, and other organs that might be mistaken for tumors.

It is more frequent in the central northern states and Alaska. Surgical removal of the masses is usually required.

Tapeworms are contracted by cats eating raw meat infected with the tapeworm’s juvenile stages. Preventing your cat from eating wild animals like rats and mice would lower the chances of it catching the infection and maybe passing it on to humans.

Can I Get Roundworms From My Cat?

You can get roundworms from your cat as Eggs from this parasite are excreted in cat feces. After two weeks in the open, they can become infectious to humans!

The most prevalent intestinal parasite in cats is intestinal roundworms, which can be found in cats of all ages worldwide.

Toxocara cati and Toxascaris leonina are the two most frequent roundworms found in cats. These worms’ eggs are excreted in the feces and can survive for several years in the environment.

These eggs have two means of infecting other cats. First, a polluted environment may cause a cat to eat (ingest) eggs.

Second, if another animal consumes the eggs (for example, a mouse or rat), the illness can be passed on to a cat if it preys on (and eats) the infected intermediary host.

Toxocara cati is also handed on through the mother cat’s milk to her offspring.

When a cat is infected with roundworms, some juvenile forms (larvae) can be found hibernating in the body’s tissues.

When a female cat becomes pregnant, the larvae migrate to the mammary glands and are expelled in the milk she provides for the kittens.

Because this is such a prevalent mode of infection, we should expect every kitten to be infected with Toxocara cati.

Feline roundworms can infect humans as well. This parasite’s eggs are secreted in cat feces. They can become contagious to humans after two weeks in the open!

If the worms are unintentionally consumed, they can migrate to organs like the liver, lungs, brain, or eyes, where the human body mounts an immune response to try to seal them off and prevent them from spreading.

The disease in humans is known as visceral larva migrans, or if in the eye, ocular larva migrans. The symptoms of this disease vary.

If the worms migrate to the eye, permanent loss of vision can result, while a cough or asthma-like signs indicate they are in the lungs. Some people display no symptoms at all.

Children are at a higher risk of infection due to their playing habits, such as eating dirt, their attraction to pets, and their reluctance to wash their hands before eating.

Should I avoid all physical contact with my cat if it has worms?

Ans. There is no need to avoid all physical contact with your cat if it has worms. However, you should always take precautions, such as wearing gloves, not allowing them in bed, and washing hands regularly.

Which age group is most vulnerable to getting cat worms?

Ans. Children and the elderly are the most vulnerable age group to getting cat worms because of their weak immune systems.

What are the different types of worms that affect cats?

As stated in the article, it is critical to treat worms as soon as possible. While certain parasites may not produce any difficulties or even signs in a healthy cat, if left untreated, they can wreak havoc on your pet’s health.

The longer your cat has been affected, the more likely she is to pass the infection on to you.

Worms aren’t a significant threat to most cat owners. You shouldn’t have any concerns as long as you follow common-sense hygiene practices. 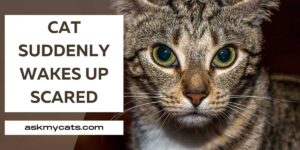 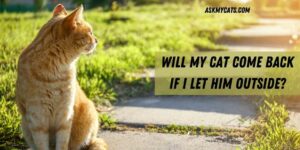 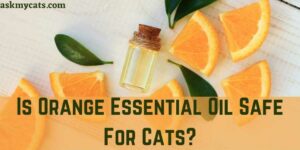 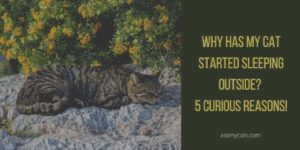 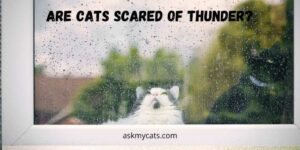 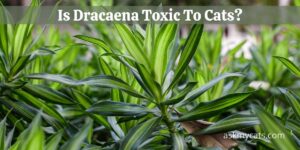