Cat grass can be made up of a variety of grasses, including rye, barley, oat, and wheat. Cat owners can purchase kits to cultivate cat grass for their cats in a variety of stores. It has various advantages for the cat.

However, can humans eat cat grass?

Yes, humans can eat cat grass. It’s called cat grass when it’s offered for cats, and oat straw or oat grass when it’s sold for humans. Oat grass has been a key source of nourishment for animals and people since prehistoric times.

This article will be about, can humans eat cat grass and does cat grass provide any significant benefits to them.

Is Cat Grass Edible For Humans?

Yes, cat grass is edible for humans in the form of oat grass and wheatgrass.

The Mediterranean region and other regions of Europe are home to oat grass, often known as button grass.

Oat grass is a common perennial that grows to a height of 1.5 meters and has yellowish roots and sparkling branches.

It gets its name from the fact that its untamed form looks like wild oat.

Cattle and other herbivores can easily eat oat grass, but humans lack the enzymes needed to break it down into nutrients that can be absorbed.

Because chewing and swallowing oat grass isn’t enough to break it down, you’ll need to juice it.

Specialized extractors are required for oat grass and wheat grass, which ground the grass and extract the liquid. Alternatively, combine oat grass with filtered water in a vigorous blender for at least a minute, or until the grass is fully mashed.

After pulverizing, strain the pulp by passing the contents of the blender through a coffee filter or cheesecloth. You can drink oat grass juice on its own, but it tastes better when mixed with fresh orange or carrot juice. Slowly sip the oat grass juice, starting with small amounts at a time until your body adjusts.

Oat grass is a member of the Poaceae grass family, which also includes wheat grass and other grass species. Oat grass is high in nutrients, but in order to fully digest it, you must juice it or smash it in a powerful blender instead of merely ingesting it.

Although oat grass juice is not as well-known as wheat grass juice, it is nutritionally equivalent. Oat grass juice isn’t frequently accessible at smoothie shops or juice bars, but it’s easy to grow and juice at home for little cost or effort. Consult a nutritionist to learn more about the benefits of oat grass.

Wheatgrass, which is made up of the newly sprouted leaves of the common wheat plant (Triticum aestivum), has been increasingly popular in recent years.

It’s available in juice bars and health food stores all around the country. The majority of people drink it as a juice, taking a 1 to 2-ounce shot on its alone or mixing it into a smoothie or juice concoction.

It’s also available powdered and as a supplement at most health food and supermarket stores.

While many farmers cultivate wheatgrass for animal feed, more people are buying it or growing it themselves to add to their diets.

It’s collected when it’s still young, usually 7 to 10 days after it’s been harvested. The young branches of the wheat plant may appear like grass in your front yard, but they are rich in nutrients that may bring significant health advantages.

What Does Cat Grass Do To Humans?

Cat grass provides several nutrients to humans and is also rich in antioxidants.

Oat grass, like most grasses in the Poaceae family, is a good provider of a variety of essential nutrients.

According to the book “Principles and Practice of Phytotherapy: Modern Herbal Medicine,” oat grass is an excellent source of vitamins A, C, E, and K, pantothenic acid, chlorophyll, lecithin, calcium, magnesium, potassium, iron, and phosphorus, while not being as nutritious as wheat grass.

Furthermore, amino acids, which your body uses as the building blocks of proteins, make up to 30% of oat grass by weight.

However, unlike animal-derived sources, oat grass lacks all of the necessary amino acids required for full protein synthesis.

Wheatgrass is a fantastic source of a wide range of vitamins and minerals.

Vitamins A, C, and E, as well as iron, magnesium, calcium, and amino acids, are particularly abundant.

Eight of the 17 amino acids are deemed essential, which means your body can’t make them and you have to get them from your diet.

Wheatgrass, like all green plants, contains chlorophyll, a type of green plant pigment linked to a variety of health advantages.

It also contains glutathione and vitamins C and E, which are significant antioxidants. Antioxidants are chemicals that fight free radicals and minimize oxidative stress in cells.

Antioxidants have been shown in several studies to help protect against disorders like heart disease, cancer, arthritis, and neurological diseases.

Wheatgrass was found to reduce oxidative stress and improve cholesterol levels in rabbits fed a high-fat diet in one research. Wheatgrass supplementation also raised glutathione and vitamin C levels, which are antioxidants.

Wheatgrass was found to prevent oxidative damage to cells in another test-tube investigation evaluating its antioxidant potential. Wheatgrass study has been limited to test-tube and animal studies, therefore additional research is needed to see how its antioxidants affect humans.

Is Cat Grass Safe For People?

Yes, cat grass is generally considered safe for people if eaten in moderation.

Cat grass is a nutrient-dense young grass that belongs to the wheat family. It’s available in tablet, capsule, powder, and liquid form as a nutritional supplement.

Wheatgrass and oat grass are commonly used in juicing and smoothies. They are high in iron, calcium, magnesium, amino acids, chlorophyll, and vitamins A, C, and E, among other nutrients.

Wheatgrass and oat grass supporters claim that its high nutrient content increases immunity, destroys dangerous bacteria in the digestive system, and eliminates wastes from the body. However, no relevant research studies exist to back up these assertions.

Wheatgrass is promoted as a treatment for cancer and chemotherapy side effects, as well as anemia, diabetes, infections, ulcerative colitis, and joint discomfort. Wheatgrass, on the other hand, has a scarcity of research data, making it impossible to evaluate such health claims.

Cat grass is typically regarded as a safe food. It has the potential to produce nausea, anorexia, and constipation. If you have a wheat or grass allergy, celiac disease, or gluten sensitivity, see your doctor before using wheatgrass.

It is strongly advised that pregnant and breastfeeding women avoid all forms of it. You should also avoid it if you have a gluten intolerance or a wheat or grass allergy.

Benefits Of Cat Grass For Humans

Benefits of cat grass for humans are: –

Cholesterol is a waxy substance that can be found all over the body. While some cholesterol is required for the production of hormones and bile, too much cholesterol in the blood can obstruct blood flow and increase your risk of heart disease.

Cat grass has been shown to help decrease cholesterol levels in animals in several studies.

Wheatgrass juice was administered to rats with elevated cholesterol in one study.

Wheatgrass had effects that were very comparable to atorvastatin, a prescription medicine used to treat high blood cholesterol.

Its effects in rabbits fed a high-fat diet were studied in another study. When compared to a control group, supplementing with wheatgrass helped lower total cholesterol and enhance “good” HDL cholesterol after 10 weeks.

Despite these encouraging findings, more research is needed to see how wheatgrass supplements alter cholesterol levels in humans.

2. Could Aid In The Killing Of Cancer Cells

Cat grass has been proven to help kill cancer cells in test tubes due to its high antioxidant content. Wheatgrass extract, according to one test-tube study, reduced the spread of mouth cancer cells by 41%.

Wheatgrass triggered cell death and reduced the number of leukemia cells by up to 65 percent within three days of treatment in another test-tube investigation.

Wheatgrass drink, when paired with standard cancer treatment, may help to reduce side effects, according to some research.

Wheatgrass juice reduced the chance of poor bone marrow function, a common consequence of chemotherapy, in 60 women with breast cancer, according to one research.

However, there is yet no proof that Wheat grass has anti-cancer properties in humans. More research is needed to determine how it may affect the development of cancer in people.

3. May Assist With Blood Sugar Control

Headaches, thirst, frequent urination, and weariness are just a few of the symptoms of high blood sugar. High blood sugar levels can lead to serious repercussions such as nerve damage, skin infections, and eye difficulties over time.

Wheatgrass has been shown in animal experiments to help maintain blood sugar levels in check. Giving wheatgrass to diabetic rats changed the amounts of specific enzymes that assist lower blood sugar levels, according to one study.

Wheatgrass’ effects on blood sugar have only been studied in animals. More research is needed to determine how it affects blood sugar levels in humans.

4. Could Assist In Weight Loss

Wheatgrass juice has become a popular addition to many people’s diets as a quick and easy approach to lose weight.

Wheatgrass has thylakoids, which are small chlorophyll-containing compartments in plants that absorb sunlight for photosynthesis.

In one tiny trial, adding thylakoids to a high-carb meal increased feelings of satiety when compared to a placebo.

Similarly, a rat study found that supplementing with thylakoids promoted fullness by slowing stomach emptying and increasing the release of hunger-suppressing hormones.

In another study, rats on a high-fat diet were given thylakoids, which resulted in lower food intake and body weight as compared to a control group.

Keep in mind, however, that thylakoids can be found in a variety of other foods, including green vegetables and leafy greens such as spinach, kale, and lettuce.

Furthermore, these experiments used thylakoids concentrations that were far higher than those observed in wheatgrass.

Wheatgrass’ benefits on weight loss, in particular, have not been studied. More research is needed to see how it affects human weight loss.

How to consume wheat grass?

Fresh wheatgrass can be found in the produce area of most supermarkets, or it can be grown at home. You can produce a 1 to 2-ounce shot by putting the blades through a juicer, or you can add the juice to your favorite smoothie or juice. Wheatgrass powder or capsules can be found at several grocery stores and health food stores. The powder can be mixed into smoothies and juices, or the capsules can be swallowed whole with a glass of water.

What are the side effects of consuming cat grass?

If you’re growing cat grass at home, it’s highly prone to mold. If it has a bitter taste or is showing indications of rotting, it should be discarded. After ingesting cat grass in juice or supplement form, some people experience nausea, headaches, and diarrhea. It’s advised to cut back on your intake if you’re having these or any other negative effects. If unfavorable symptoms persist, speak with a healthcare professional or eliminate cat grass from your diet entirely.

Is wheatgrass an alternative to medical care?

No, wheatgrass is not an alternative to medical care. While there is plenty of anecdotal evidence that wheatgrass can help with a variety of health issues, it should not be used as a substitute for traditional medical treatment. Always consult your doctor first if you have any health concerns.

Many health advantages have been linked to cat grass and its components, including weight loss, reduced inflammation, lower cholesterol, and better blood sugar control.

However, there is a lack of study on its effects on people, and many studies are solely focused on its particular chemicals.

Although further research is needed to prove the benefits of Cat grass, using it in a well-balanced diet may provide some extra nutrients as well as various health benefits. 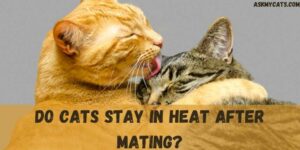 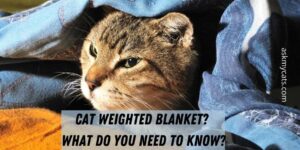 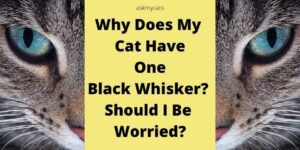 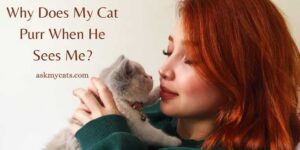 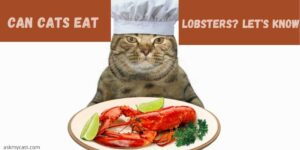 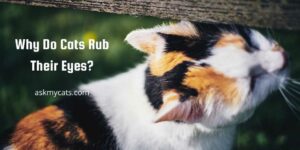