A single look into your kitten’s eyes will make a bad day better, and when he gives you a tiny smile, your heart melts.

However, if you look carefully, you’ll see that your kitten blinks a lot in only one eye.

The one-eyed wink is a symbol of sorrow or depression in every cat I’ve ever had. It indicates that their feelings have been hurt, and they want you to know.

The trusting two-eyed slow eye wink is a polite gesture.

Why Do Cats Wink?

This could happen for one of two reasons. Cats generally wink if they want to communicate with you or they are suffering from some sort of infection.

The first is a communication method or their body language. These pets can communicate with their bodies in a variety of ways, including with their tails, paws, body posture, and eyes. We’ll take a closer look at it today.

Second, it may be a symptom of an infection in the eye. Such signs include ocular discharge (which may range from clear to yellow to green), nictitating membrane protrusion, eye rubbing, itching, redness, and more.

Sneezing and nasal discharge, especially in the case of an upper respiratory infection, can also be seen, depending on the cause.

Pinkeye, corneal diseases, uveitis, asthma, or the presence of a foreign body may all cause the infected eye to blink.

If your feline companion becomes infected, you can contact your doctor for a diagnosis and recovery plan. If you don’t know the source and your vet says it’s okay, don’t do some home remedies.

What Does It Mean When A Cat Winks At You?

If a cat winks at you and the eye isn’t bothering her, that eventually means she’s tired and trying to stay awake.

Since your feline buddy is telling you, “I trust you,” “I am happy and comfortable,” and other trust and contentment messages, you should be happier about it.

If a cat doesn’t like you, they’ll always stare at you without blinking as a way of being vigilant and anticipating the next step.

As a result, you should do the same or blink both eyes while being calm. Avoid glaring at or looking shocked at your feline companion, as this might make her feel threatened.

Finally, winking can occur from one cat to the next. The message is consistent, and it often conveys love and confidence.

Cats are sociable creatures that may show love and devotion to their pet owners.

They have weird habits that humans find strange, but if we take the time to learn them, we can see that they are simply ways for them to communicate with us. Take, for example, when your pet cat gives you a smile.

If you’re a first-time pet owner, you might be perplexed, or you might even believe your cat is misbehaving. A wink is a flirtatious or naughty move for us, the humans. So, when a cat winks at you, what does that mean?

If your cat is winking at you, you should be grateful for it means she respects you and is at ease, relaxed, and secure in your company.

Given that cats can be aloof and indifferent at times, this is a significant achievement for cat owners.

Similarly, the sluggish blink, which is also known as a cat or kitty embrace, is a minor variant of this cat action. When a cat blinks, which means she closes all of her eyes, she is expressing her love for you and is at ease.

When cats in the wild trust each other and see that the other cat does not pose a challenge or danger, they will communicate in this manner.

The nictitating membrane, a transparent third eyelid seen in cats, moves diagonally from the eye’s inner corner and up over it to keep the eye moist.

Since it’s semi-transparent, it helps to shield the eye while allowing the cats to see. We hardly see cats blink because the membrane travels too quickly.

However, there are moments when one of the eyes becomes drier than the other, or when a stuck filament of fur causes cats to blink through their normal eyelids. As a consequence, cats blinking one eye to clear a foreign particle can seem to be winking at you.

If your cat winks at you at specific times of the day or on a regular basis, you should be concerned because it may be a symptom of an eye infection or problem.

You should try to diagnose it yourself or take your cat to the veterinarian right away for proper care and care.

What Are The Causes Of Cat Winking One Eye?

One of the most obvious signals that something is wrong with the eye is winking or leaving the eye half closed.

With only a cursory look at their cat, even a distracted cat owner will quickly detect this abnormality. When a cat winks one eye, what are the most common causes and conditions? This is due to a variety of factors.

Let’s start by getting a sense of what’s common.

A good cat’s eye is open and transparent, with no discharges. The conjunctiva is the membranous tissue that lines the upper and lower eyelids, as well as a portion of the eyeball.

The conjunctiva is oily and light pink in good health. When a cat is awake and alert, the third eyelid must not be apparent.

The inflammation of the eyelids and the conjunctival membranes that line the eyelids is known as blepharitis.

The eyelids and the margins of the eyelids swell in these cases, giving the appearance that the cat is squinting.

Physical traumatic damage to the eyelids or conjunctiva may cause blepharitis and conjunctivitis. The cat can squint or shut its eyes due to the pain from the accident.

A scratch, abrasion, or laceration may cause trauma. Chemical agents, BB gun bullets, and small fragments of broken glass are also important sources of injury to the eyes and their related structures.

The eyelids and conjunctiva may become reddened and swollen as a result of allergies, especially a generalised systemic allergic reaction to inhalant and food allergens.

The most prominent of these is entropion, which is a congenital abnormality of the eyelid. The tips of the eyelids are drawn inwards, and the eyelashes brush against the cornea in this state.

Swelling of the eyelids and conjunctiva can also be caused by infections. Upper respiratory infections will be discussed further down.

Squinting is described as the excessive closing of one’s eyelids. The syndrome normally begins with excessive eye blinking and progresses to the closure of the eyelids.

It’s a warning that something’s wrong in your eye or eyelid — normally an illness or fracture, similar to the ones mentioned above.

Blepharospasm is a painful disease that affects the free nerve endings in the cornea and conjunctival membranes.

Conjunctival tissue adhesion to another conjunctival surface or to the cornea is a common symptom of feline herpesvirus infection, particularly in kittens aged 10 to 3 weeks.

The discharge has almost taped the kitten’s eyes together, making it seem as though the kitten were squinting the infected eye.

Why Do Kittens Blink With One Eye?

Cats wink with one eye for a variety of reasons and in various ways. A single wink is commonly interpreted as a welcoming smile indicating a level of affection or unity.

To begin, cats communicate by winking their eyes. Some people believe cats are reserved because they lack the same level of love as dogs. This is not the case, though.

You should be aware that all species have distinct characteristics and behaviours.

When a cat, on the other hand, winks at you, it still means the same thing. Direct eye contact is a very complicated mode of communication between species.

When cats touch, for example, they normally stop making eye contact. This is due to the fact that they see eye contact as a hazard or a challenge.

It is also sufficient to state that when a cat wishes to demonstrate its calmness and friendliness toward other cats, it would do everything in its power to prevent eye contact.

It is doing this because it does not want the other cat to flee.

If a cat slowly winks, it clearly means that it is unconcerned with your or another cat’s appearance.

In this case, it will try to make full eye contact, then eventually blink and look away. This indicates that your cat is unconcerned with you.

Simply stretch your fingers slowly towards your cat and wait for her to come over and sniff it as she appears curious. If your cat does not wink, you can stop because it will interpret your behaviour as a challenge and respond violently as a result.

When your sweet little kitty blinks at you, he has just given you a “kitty kiss,” as many pet lovers refer to it. Blinking with one eye is a symbol that your cat is pleased, satisfied, and secure in your company.

When kittens and cats glare at other kittens or cats, they are usually feeling harassed, defensive, or hostile.

When cats wink at each other, however, they are signalling that they are coming in peace and with friendly thoughts. A single-eyed wink is comparable to a handshake or an embrace.

When a cat blinks, his third eyelid, or nictitating membrane, shuts from the foot.

Since your cat’s eyes don’t dry up too easily, he doesn’t need to blink as much. Since kittens and cats blink too often, one eye can become drier than the other, and your kitten will just blink the eye that requires moisturising.

If you see your kitten blinking one eye rather than the other, or if one of his eyes is dripping discharge, he might have had a scrape or other form of wound in that eye.

If the condition continues, you can send him to his veterinarian for an eye examination.

What’s it mean when a cat winks at you?

It’s a non-threat gesture that cats use with each other and with humans with whom they’re familiar. By gently closing and then raising your eyes, you will give the same signal to your pet. Your cat is likely to return the cat-kiss eye wink.

Cats grin for a variety of reasons and in various ways. To begin, cats communicate by winking their eyes…. It is doing this because it does not want the other cat to flee. If a cat slowly winks, it clearly means that it is unconcerned with your or another cat’s appearance.

What does winking with one eye mean?

A single wink is commonly interpreted as a welcoming smile indicating a level of affection or unity. In these situations, a nod has a comparable meaning to a “thumbs up.” During momentary eye contact in some countries, it is often a romantic desire or flirtatious way.

When your cat winks at you, you now understand that it is clearly a way of showing you care and love. However, as we have seen today, this is not always the case.

It’s also possible that your cat is fighting an infection and needs immediate medical care.

If your cat smiles at you and winks, consider yourself one of the lucky pet parents for it means she loves you and feels safe and happy with you.

However, be careful if your cat does so on a regular basis, even if she’s only relaxing in her favourite nook.

Her winking may also be caused by her nictitating membrane or an eye injury, in which case you can take her to the veterinarian right away. 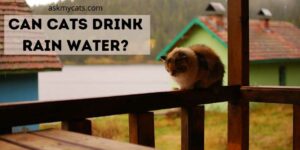 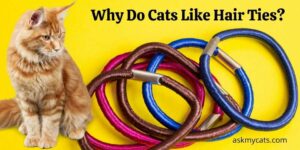 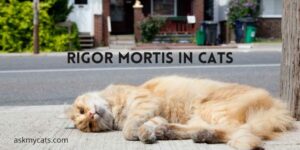 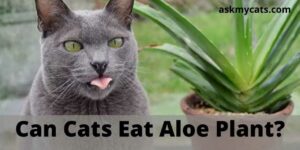 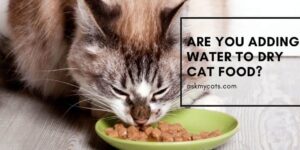