A healthy bowel movement is when your cat’s stool is firm but soft and easy to pass. Any color of brown suggests that the stool is in good health and that no dietary or digestive issues exist.

However, you should be concerned if your cat’s stool is a drastically different color, such as orange/grey.

Certain foods or dietary additives usually produce orange stools. Your cat’s feces should revert to normal once they’ve been digested. Grey stool, on the other hand, could indicate a bile duct occlusion. An obstruction like this could indicate a gall bladder issue, a tumor, or pancreatitis.

This article will talk about the meaning of orange/grey cat poop and how to fix it.

Why Is My Cat’s Poop Orange?

Your cat’s poop might be orange because of certain foods or food additives. Once they are digested, your cat’s stool should return to normal.

When your cat gets orange stools, it’s most likely because it ate orange-colored foods (either natural or artificial color, which tends to last much longer and have deeper color).

Orange stools can sometimes occur as a side effect of certain drugs. A medical ailment, such as gallbladder disease, could potentially be the cause of orange stools, albeit it is less prevalent.

The orange stool is mainly caused by eating orange foods. Beta carotene, in particular, is the orange pigment that gives food its color and also gives your cat’s excrement its color.

Have you observed Black Poop? Check out the reasons.

Is It Bad If Your Cat’s Poop Is Orange?

No, it is not bad if your cat’s poop is orange and he is showing no symptoms of illness.

The stool comes in a range of colors, and while something unusual can be surprising, it isn’t always a sign of a sickness or condition.

What has considered a “normal” stool color varies from cat to cat and is frequently a spectrum rather than a single color?

Stool color is influenced not only by the digestive process (the digesting food changes color from green to yellow-orange to brown as it moves through the digestive tract, with the final brown color due to the bile and bacteria present in the stool), but also by diet: food, drink, and even vitamins and supplements.

What Does Orange Poop Indicate?

Orange cat poop might be an indication of cat your cat eating too much orange food and lacking bile and, in some cases, diarrhea.

A “provitamin” is another name for beta carotene.

This is due to the fact that it can be transformed into a form of vitamin A that is active. Supplements containing synthetic beta carotene are also available.

Food dyes, such as those used to manufacture orange-colored snacks, can also cause your cat’s stool to turn orange.

Changes in feces color can be caused by a variety of digestive issues, both minor and major.

The interaction of bile with enzymes in your stool gives your cat’s stool its brown color.

The liver produces bile, an acidic liquid that aids digestion. Your cat’s feces may be light grey or tan if it isn’t absorbing enough bile.

When your cat has a short-term episode of diarrhea or if your cat has more significant liver disease, this can happen. Kittens’ bile ducts might get obstructed, resulting in loose orange or greyish stool.

Vomiting, jaundice, loss of appetite, abdominal pain, and fever are some of the symptoms that can be noted. Bacterial infections are frequently found.

Antibiotics and liver medicines are used to treat the infection. If the gallbladder is inflamed or the stones are blocking the bile duct, surgery to remove the stones is required.

In cats, liver fluke infection is a rare cause of bile duct illness. The most common fluke that infects cats is Platynosomum concinnum.

Malaysia, Hawaii, the southeastern United States, the Caribbean, South America, and western Africa all have it. Lizards and toads serve as intermediary hosts in the fluke’s life cycle.

When cats catch and devour these animals, they become sick. 15–85 percent of cats with access to intermediate hosts get infected in places where the fluke is widespread.

In most cats, the flukes cause no symptoms, but in others, they clog the bile duct, causing severe liver disease.

Vomiting, diarrhea, fever, jaundice, depression, poor appetite, and an enlarged liver are some of the symptoms that can occur depending on the number of flukes involved.

The flukes can also harm the pancreas. Diagnosis can be challenging because most sick cats show no symptoms. Ultrasonography, as well as feces and blood testing, may be employed.

The infection can be treated with antiparasitic medicines. Additional drugs are frequently required. The prognosis for mild types of the condition is good.

Surprised to see Green Poop by your cat? Check out WHY?

The orange stool is most commonly the effect of ingesting one or more of the foods or supplements indicated above in most healthy cats.

It’s crucial to pay attention to what’s going on in the rest of the body when the orange stool appears. This is due to the fact that some medical problems cause stool to turn orange.

If the feces are still orange when it is passed as a bowel movement, it may indicate that it is not exposed to enough bile salt or not absorbing enough.

Bile is a yellowish-green liquid that turns brown as it combines with the natural enzymes in the bowel.

Find out what can be the reasons behind White Poop!!!

Ways to treat orange poop are: –

Why Is My Cat’s Poop Gray?

If your cat’s poop is gray, it might be a symptom of liver disease.

A number of blood tests are available to aid in the detection and diagnosis of liver disease.

X-rays and ultrasonography can assist your veterinarian to assess the size of your liver and detect abnormalities, gallstones, and gallbladder problems.

To obtain samples for bacterial culture, cell, and tissue examination, and, when necessary, toxicologic analysis, aspiration, or biopsy methods might be utilized.

In some circumstances, less common procedures like nuclear scintigraphy may be performed to detect portosystemic shunts and other blood vessel anomalies.

How To Treat Gray Poop In Cats?

Gray poop in a cat might be an indication that your cat is suffering from liver disease. The treatment includes: –

Does orange cat poop indicate a lack of bile in cats?

An actual absence of bile is another medical reason for orange stool. It’s possible that your cat does not have enough bile because its body isn’t producing enough of it. Another possibility is that the bile ducts are genuinely clogged. The bile ducts are the tubes that carry bile from the liver, where it is created, to the gallbladder, where it is stored, and finally to the small intestine, where it contacts the feces. Gallstones, inflammation, cysts, and tumors can all produce a blockage in the bile ducts.

When should I call the vet if my cat’s poop is orange?

One orange stool isn’t caused for alarm because it’s most likely the result of a food or supplement rather than an underlying medical concern. When the orange appears several times, though, it’s time to consider whether there’s another explanation for it and whether it requires attention.

How to diagnose the reason behind orange cat stool?

A vet would most likely inquire about your cat’s diet, particularly orange or red meals, before determining whether additional tests are required to determine what’s producing the orange stool. The tests that a vet will perform will be based on the symptoms that are occurring in conjunction with the orange stool. Blood and stool testing may be among the first tests performed.

The dietary or supplement-induced orange stool is unlikely to be the reason for concern. Consider making changes to lessen the foods or supplements that are triggering the orange if it is stressful.

If your cat is experiencing any additional symptoms in addition to the orange color, or if it lasts longer than a day or two, it’s time to investigate what’s going on. See a vet if your cat has discomfort, diarrhea, constipation, or other symptoms, including dizziness or weakness. 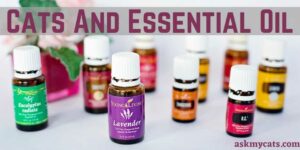 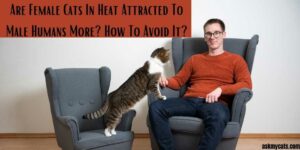 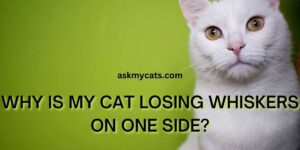 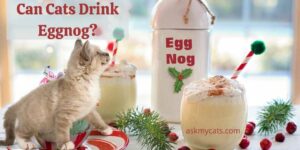 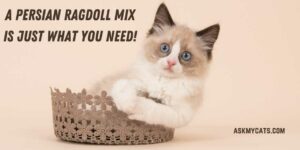 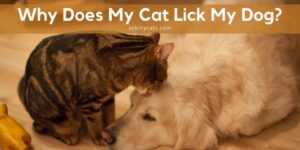