Have you ever come across a cat, standing in an angry stance propped on its toes, hissing angrily and ready to pounce on you?

It probably would have sent a chill down your spine, if you have ever come across something like that. Has it?

You may have seen older cats do this, but younger and newborn kittens generally cower and hide if they sense some sort of danger

Cats hiss even under stress or when they find themselves in unfamiliar situations or are surrounded by unfamiliar scents or people.

Imagine being alone in your house and sitting in your room minding your own business and then you hear strange noise, like someone walking around your house, what would your first reaction be?

You would probably find something, like a baseball bat or a stick to defend yourself and maybe even hit the intruder.

That’s exactly what hissing is to cats, a mode of self-defense, they never start hissing randomly unless they feel any sort of negative intuition

Hissing is often mistaken for panting, and that causes cat owners to panic because panting is not a frequent occurrence in cats.

No newborn kittens do not hiss, as when they are born their eyesight has not developed yet, so they solely rely on their sense of smell but they don’t hiss. They start hissing when they are ten to fourteen days old.

Before being two weeks old they can’t sense the environment around them, they are only aware of something unfamiliar if they smell something different.

When they are born, kittens are incapable of even regulating their body temperature and require the assistance and care of their mother. When they start growing up they develop more of the organs which help them react to stimuli better.

The action of hissing can be identified as when the cat opens her mouth and releases quickly release air, this sudden burst of air sounds like a hiss.

If they encounter new things whose smell they are unfamiliar with they feel insecure and anxious, so hissing being a self-protective gesture is used to scare off the unidentified danger they are sensing.

Some actions, equivalent to hissing could be encountered like the folding of ears, change of stance, and rising of their fur at an early stage when they can’t hiss, these actions can be considered their defensive gesture unless they can hiss.

Usually, when young kittens hiss, they feel more anxious and scared than they need to be protected, as they start to come out of their shell hissing then becomes more for defense than stress and anxiety.

Why Do Newborn Kittens Hiss?

Newborn kittens hiss because they feel threatened, stressed, or feel like they do not belong or get the feeling that they are in danger. They do that to scare away the threat.

Sometimes in a household when there are other cats present, they may resort to hissing or hitting to assert dominance over other cats or other things.

When they are born everything except their mother feels foreign to them, so as they grow and develop their sense of smell and start to detect unfamiliar odors, they start hissing because of the alien scents.

‘it is dangerous until it’s familiar, this is the principle cats follow. So when the kittens come across unaccustomed scents or odors they hiss as a mode of self-defense.

When the kittens are very young, like a week old, their hissing looks like panting as if they are struggling to breathe and that’s why they typically scare their owners.

Hissing for kittens is a life stage like crawling and walking is for human babies. This is also a gesture a mother cat uses to chastise their young kittens.

Kittens hissing is like the human analogy to ‘I’m upset’ or ‘this is not right, stop doing it’ or ‘stay away from me’.

At What Age Do Kittens Start Hissing?

Kittens don’t start hissing right away. They start hissing when they are nearly ten to fourteen days old as previous to that their organ.

But they do try to hiss before they properly learn to do it. They try to hiss at new things and new scents around them.

They try to convey their feelings through hissing but when they can’t do it they cower behind things.

By nature cats are dominant and controlling but those traits develop over time. Until then the young kittens when can’t hiss cower and get the protection of their mother or siblings.

When a human baby is born, they start growing teeth when they are about six months old, just like that we can also estimate the age of the kitten by knowing if it has started hissing or not, because in very early stages their eyesight also isn’t developed.

Is My Kitten Hissing Normal?

Yes, if your kitten is two weeks or older their hissing is normal. Before that, if you find them hissing, you need to look closely because that does not happen frequently. It may be panting, which would require medical attention.

You may panic when your kitten is hissing, but it is not usually a matter of much concern they hiss a lot when they are younger as they are unfamiliar with everything around them

A kitten hissing is as normal as a horse neighing or a dog barking. It is not a matter to fret over.

But if you feel something is not right you should seek medical attention.

Cat hissing could be identified as they open their mouth and release air which makes a hissing sound. This is accompanied by standing on the tips of their paws and raising fur. This stance makes them look more fierce and scary and helps them to scare of unsafe beings.

What would you do when you are angry or upset?

Predictably you would lash out and try to get rid of that anger and rage, isn’t it normal for us to do so. It is pretty common in human beings.

The same goes for cats, hissing could mean many things but it is also a means to show anger to cats.

So we can conclude that hissing is normal in kittens, so you need not panic or do not need to spend more time pondering if it is normal?

Will my kitten stop hissing?

Newborn kittens hiss more than older cats as older cats are much more familiar with their surroundings which the younger ones are not. They don’t recognize things and presume them to be dangerous, but as they grow older they get acquainted with certain things and hiss only when they feel danger.

What would you like to do if you feel unsafe or anxious around someone?

You would drive them away or try to be as far as possible from them. Am I wrong?

Exactly that way, cats hiss to drive the object of their insecurity and anxiety away.

So if you have a newborn cat around you and it may not stop hissing, you could try to make them feel comfortable by doing these things:

Every cat requires a subsequent amount of time to adjust to their environment and get used to things around them, so don’t try to rush your kitten, that may cause them more stress than relief.

Is cat hissing supposed to be scary?

Should I hold my kitten if she is hissing?

No, try to avoid touching your kitten, as it may be trying to convey to you that, it does not like whatever you are doing, or whatever that is happening around it. It may also try to attack you if you invade its space so much.

Can move to a new house is causing my kitten to hiss so much?

Yes, it may be one of the reasons, as cats take a lot of time adjusting to new places, like getting acquainted with the things and their scents. So if you move a cat, especially a newborn kitten it may hiss due to unfamiliarity with the place and things around it.

So we can say that hissing in kittens is a normal instinct-based reflex, which they use to protect themselves against prominent threats.

Cats hiss even when they feel stressed, uncomfortable, or unsafe. They change their stance and try to scare the threat or a hunter.

Newborn kittens are very fragile and sensitive and also they are very unfamiliar with everything around them so everything is a threat to them.

That’s why in the initial stages of life they hiss a lot. As they grow hissing grows limited to truly hazardous things. They grow accustomed to things around them and can differentiate.

Hissing is a very normal activity for cats, may it be young or old, it is a self-defense gesture they use.

It is pretty normal and safe. So whenever you see a kitten or a cat hissing after this I suggest you stop it because that’s the way the cat chastises you or tells you it is scared of you. 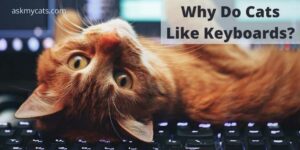 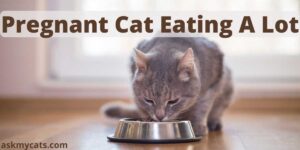 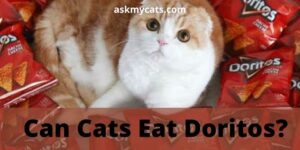 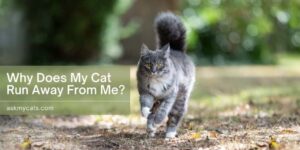 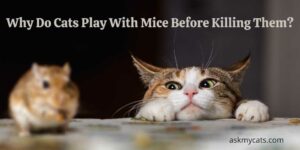 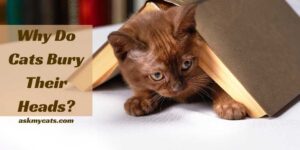