Giving birth to kittens is a physically and mentally demanding experience for cats. Most cats bleed from the vulva after giving birth, and first-time mothers bleed more and for longer periods of time.

So, is bleeding after giving birth normal?

Yes, bleeding in cats after giving birth is normal. The bleeding gradually decreases after 48 hours, but a little quantity of bleeding is still typical.

Keep reading this article to know more about why cat is bleeding after giving birth.

Is It Normal For A Cat To Still Be Bleeding After Giving Birth?

Yes, it is normal for a cat to still be bleeding after giving birth.

Cats might bleed after giving birth for a variety of reasons.

The uterus of a cat, like that of other animals, must contract to its normal size.

Excess tissue and afterbirth are frequently expelled by the cat.

Small tears in the vulva can occur during normal birth, resulting in bleeding.

Abnormal or excessive bleeding might indicate a number of issues.

Postpartum hemorrhage, which happens shortly after birth, is the most dangerous of all.

Hemorrhage is unlikely to occur 48 hours after a cat gives birth, but heavy bleeding could indicate an infection, uterine rupture or tear, a retained placenta, or a retained kitten.

Light spotting with occasional watery discharge that is green, yellow, or clear is normal bleeding.

Although the bleeding may stop and start, the amount of blood and the frequency with which it occurs should gradually diminish over several days.

A modest amount of blood is common 48 hours after delivery, and bleeding might last for many days.

Normal postpartum bleeding occurs in cats who are nursing their kittens, eating, moving around and are not sluggish.

A cat that is leaking a lot of blood should be taken to the vet right away. Contact an emergency veterinary facility if your cat is not nursing or eating, appears to be in discomfort or appears to be lethargic.

An illness or a trapped kitten is often indicated by a foul odor and bleeding. If your cat is bleeding for more than a week after giving birth, or if it stops for a day and then starts again, there’s a problem.

Consult a veterinarian if you’re not sure if the bleeding is normal.

Why Is My Cat Bleeding After Giving Birth?

If a cat is bleeding after 48 hours of giving birth, it could be due to retained placenta.

A cat’s uterus will begin to deteriorate if the placenta is not removed, resulting in a deadly bacterial infection that will spread to the cat’s bloodstream and throughout the body.

A cat that is unable to discharge a placenta should be treated by a veterinarian as soon as possible.

Each fetus is surrounded by an individual membranous sack that also contains the placenta as it develops within the uterus of the mother cat, also known as a queen.

During a normal birth, the kittens usually emerge from the birth canal while still attached to the placenta, which the queen will instinctively remove and eat.

However, kittens are occasionally born without the placenta, which will pass through the birth canal after the kitten is born.

The placenta has been retained within the uterus if the kitten is not born with it and the placenta does not follow soon after a kitten is born without it.

Symptoms of retained placenta in cats: –

A retained placenta can be detected by a variety of symptoms. The first, and least dependable, sign is that the number of kittens born and placentas passed do not match.

Because it is not rare for a mother cat to ingest one or several placentas, this can be unreliable.

It’s thought that cats do this intuitively to avoid attracting predators with their odors. The number of placentas that have passed can be difficult to estimate.

The following signs should warn a cat owner to the potential of a placenta being retained:

In cats, retained placentas are uncommon. When a cat’s placenta is retained, it usually happens after a particularly difficult labor, known as dystocia.

One or more placentas can be retained inside the uterus due to any of these causes.

Diagnosis of retained placenta in cats: –

If your cat has recently given birth and is exhibiting some or all of the symptoms indicated above, you should immediately contact your veterinarian or a veterinary emergency hospital, as your cat may be in severe danger.

When your cat visits the veterinarian, the following is likely to happen.

Treatment of retained placenta in cats: –

When your veterinarian diagnoses your cat with a retained placenta, he or she may decide to give him or her an injection of oxytocin to promote uterine contractions and help the placenta pass.

Intravenous fluids will most likely be given to your cat to prevent dehydration, which is a danger after any birth, but especially after a tough one.

If the oxytocin fails to cause your cat to discharge the retained placenta, a surgical treatment to remove the placenta from the uterus may be required by the veterinarian.

To prevent further infection, your veterinarian may need to spay your cat or remove the ovaries and uterus, depending on how strong and broad the infection is.

Even if the reproductive organs are not required for emergency medical reasons, your veterinarian may advise you to have your cat spayed during this treatment to avoid her having to go through another painful and risky labor in the future.

What Should I Do If My Cat Is Bleeding After Giving Birth?

If your cat is still bleeding after 48 hours take her to the vet immediately.

As previously stated, some bleeding is to be expected after a cat delivers birth.

This bleeding, however, should not be excessive. Typically, the blood will appear as spotting, with only a few spots of blood visible.

If you witness a cat leaking blood after giving birth, this is not normal and indicates that something is wrong.

For the first 48 hours after a cat gives birth, spotting is usual.

If it continues after this time, you should take them to the veterinarian to rule out a health issue.

Other symptoms will need to be considered as well. You should take your cat to the vet if they stop eating, vomit, or have diarrhea, or if they show any other signs of illness.

It can be concerning for the kittens if the cat has an infection. Infection can spread since the kittens are both nursing off their mother and are in such close proximity.

The veterinarian will be able to cure the infection as well as examine the kittens to verify their health.

They will be able to inspect the cat and make a diagnosis if the problem is caused by a blockage or hemorrhaging.

The therapy will depend on the reason, with antibiotics being the most frequent and surgery being required in severe situations.

How long does a cat take to recover from the retained placenta?

Your cat’s prognosis is mostly determined by how promptly he or she receives veterinarian treatment after retaining a placenta, as well as the type of therapy required, whether medicinal or surgical. If you and your veterinarian detected the retained placenta before it started to deteriorate and the placenta was subsequently passed after a dosage of oxytocin, your cat’s recuperation will most likely be the same as it is after giving birth. If your cat got an illness before oxytocin kicked in, she’ll probably be on antibiotics for a few days and will be lethargic while she rests. A queen who has undergone a celiotomy will require antibiotics and pain medication for many days to more than a week to recover from the surgery.

How long does a cat’s pregnancy last?

The pregnancy of a cat lasts about 60 days. The cat will give birth to their kittens when this period has passed. The majority of the time, this occurs at night. The cat seeks out a calm location where it may feel safe, warm, and at ease. They will almost always give birth on their own, preferring the privacy of seclusion. While you may be able to see them from afar, you should avoid interacting with them if at all possible. It’s common for a cat to cease eating before giving birth. There are different complications that may occur during a cat’s delivery. This may have to do with both physical problems as well as mental stress if the cat is not in a good position to deliver the kittens.

What does Mastitis in cats mean?

Mastitis, or mammary gland inflammation, can occur during early lactation or breastfeeding. Mastitis usually affects one breast gland and causes it to become stiff, hot, painful, and swollen. The culprit could be simple milk duct congestion, in which case mild heat and massage will allow milk to flow out of the teat orifice or aperture. The problem can be rapidly alleviated by gently milking the afflicted gland. The gland will be sore, enlarged, and have an unusually colored discharge from the nipple if the mastitis is caused by infection, and the cat will refuse food, and be feverish, and sluggish.

If your cat’s bleeding persists beyond 48 hours, you should take her to the clinic right once since it could be fatal. The sooner therapy may begin, the faster your cat will be able to recover and nurse and care for infants.

Ask us questions in the comments section if you have any. 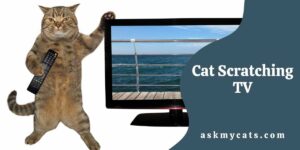 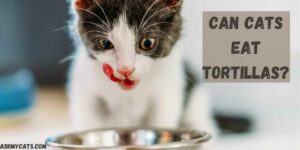 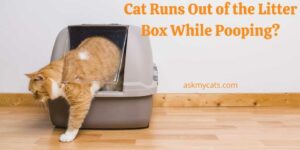 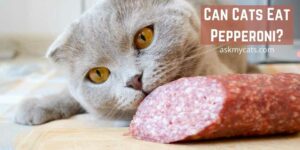 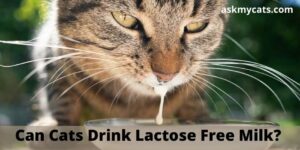